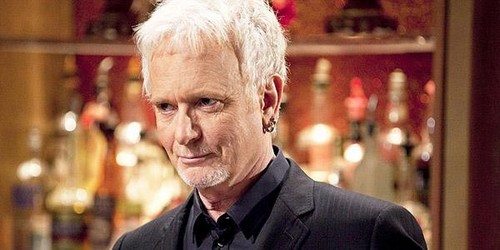 General Hospital spoilers tell us that while the April 1 episode was all about Fluke, on Thursday April 2 GH will be back to soap business as usual. Here are some “General Hospital” spoilers to wet your whistle for the Thursday, April 2 episode.

Lots to do with Jake Doe/Barnes/Jason Morgan (Billy Miller) today. Now that Sam Morgan (Kelly Monaco) has talked to her dad Julian Jerome (William deVry) and got encouragement to move in with Patrick Drake (Jason Thompson), she’s all ready to jump in with both feet. Sam will head home to start packing up to relocate to Chez Drake but will find Ric Lansing (Rick Hearst) at her place. He’s there to try and cover his tracks for setting Jake up as fake married. But what can he want from Sam’s place?

Meanwhile, Liz Webber (Rebecca Herbst) will chat with Patrick and tell him she’s bummed that Jake is married and that Ric is trying to reconcile. Liz’ll be upset and confused. Liz will also tell Patrick about Jake going to work for Julian and all about Hayden Barnes (Rebecca Budig). Liz should mention that she saw brain scans that align with the surgery Patrick said Jake has had. When will Patrick realize these scans also look like the brain of everyone’s favorite Port Charles hit man Jason?

Also on the Jake front, Lucas Jones (Ryan Carnes) will ask Carly Corinthos (Laura Wright) why she cares so much if Jake is married. Will this have Carly questioning why she feels such a strong bond with Jake? Will it have Carly thinking beyond friendship and wondering if she has feelings for him? And if she does, will she begin to discourage Liz’s hopes of getting with Jake? Meanwhile Jake will have some dreams about a dark haired woman.

Last we saw Jake, he was tucking in for the night with his faux wife Hayden but he’ll dream about Hawaii and a brunette beauty and will wake confused. “General Hospital” spoilers indicate that he’s really dreaming about Sam, but his poor confused brain will assume he must be dreaming about wife Hayden. Jake will work hard to convince himself that it’s memories of his wife he’s recovering. And Jake will be right, but just wrong about the identity of the wife.

And while Liz is on a role whining about her stunted love life and wondering if she’ll have to give up on Jake and deal with consolation prize Ric, she’ll also talk to Nikolas. The Cassadine prince will be shocked to hear that Jake Doe has a wife who just rolled into town. Of course, Nikolas knows Hayden is not Jake’s wife. This will lead Nikolas to go find Hayden and demand to know what she’s up to which will lead her to roll over on Ric.

This will also present an opportunity for her to get out of her fake wife scenario and help Nik with some of his dirty projects. With Nik’s ELQ plot still percolating, it’s better for him if Jason stays Jake for now. So even though Nikolas knows he’s hurting Jake, Sam, Morgan and Danny, he will continue to sin by omission and not tell them Jason is alive and under their noses. “General Hospital” gossip indicates that once the truth comes out and people know Nik knew, it will cause a huge rift that will cut Nikolas off from friends and family who will be unforgivably angry at him.