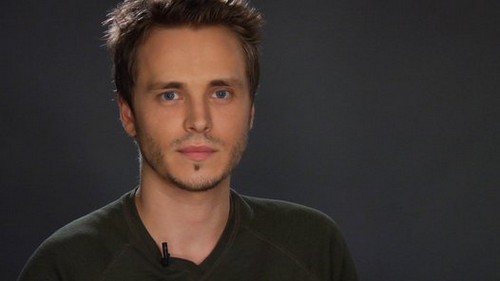 Read some “General Hospital” spoilers for the Tuesday, April 14 episode. The big kidnapping episode was incredible – what’s in store for today? On Monday’s show, Ellie Trout (Emily Wilson) showed up at Maxie Jones’ (Kirsten Storms) door and surprises Maxie and Damien Spinelli (Bradford Anderson). Did Ellie just happen to drop by for a casual visit? Nope. “General Hospital” spoilers indicate that she is there to make trouble for the recently reunited couple. Remember, Ellie didn’t want to break it off with Spinelli but though he was still longing for Maxie (which he was). Will Ellie be able to sway the Jackal back her way?

Morgan Corinthos (Bryan Craig) tells his parents Sonny Corinthos (Maurice Benard) and Carly Corinthos (Laura Wright) about baby Avery’s kidnapping. Morgan and Kiki Jerome (Hayley Erin) are both feeling guilty because if they hadn’t pulled the shenanigan on Michael Quartermaine (Chad Duell) to cheat him out of custody, Avery would still be safe at the Quartermaine mansion. Kiki will be so anguished that she’ll come clean to her family, but it’s doubtful that Morgan will be as forthcoming with his folks.

Today, Nathan West (Ryan Paevey) will investigate his sister Nina Clay (Michelle Stafford) as a possible kidnapper of Avery. This line of questioning will upset her and will then lead Franco (Roger Howarth) to doubt what Nina told him about where she was and what she was doing. Will Franco believe that she’s not involved in the kidnapping? It’s doubtful that Nina took the baby, but Franco’s loss of faith in her may shatter Nina and damage their blossoming relationship.

In the course of his investigation, Nathan will find out the Silas Clay (Michael Easton) is spending a lot of time in New York and will wonder what’s going on. He’ll investigate Silas as part of the kidnapping investigation which will put Ava Jerome (Maura West) at risk of discovery. Since Ava is slated to get a cure courtesy of baby Avery, her being discovered would mean she would get her health back just in time to go back behind bars in Pentonville. Bummer…

Meanwhile, Dante Falconeri (Dominic Zamprogna) will investigate his brother Michael Q as a possible kidnapper of Avery. Does anyone but me wonder why the Port Charles PD would let Dante and Nathan interview their family members instead of swapping them and having Nathan question Mikey and Dante question Nina? No wonder the mob is thriving in Port Charles – PCPD is a hotbed of ineffectiveness.

Scott Baldwin (Kin Shriner) will crow to Bobbie Spencer (Jaclyn Zeman) that Luke Spencer (Anthony Geary) is finally getting what he deserves for all his havoc wreaking in recent months. Of course, Scott is still sore – literally – from Luke’s Mike Tyson-like biting attack on his ear. Bobbie, though, will try and use all the influence she has with Scott to get him to back off of giving Luke the maximum punishment. Maybe Luke can get into Shadybrooke after all?

Luke is tormented by the specter of his dead dad Tim and is struggling not to slide back into insanity. If Tim takes over again, Luke may engineer an escape, but hopefully that won’t happen. Either way, Luke’s got to land somewhere out of sight for “therapy” since Anthony Geary is rumored to be taking several months off of the show with the door open to come back to reprise his role as the Spencer family patriarch.

Lulu Spencer (Emme Rylan) will try to get in touch with her brother to tell him about Luke. “General Hospital” gossip indicates it may be Lucky Spencer (Jonathon Jackson) she’s calling. Would be great to see Lucky again in time for the Nurses Ball – if Jackson can take time off his shooting schedule for other ABC hit show Nashville.