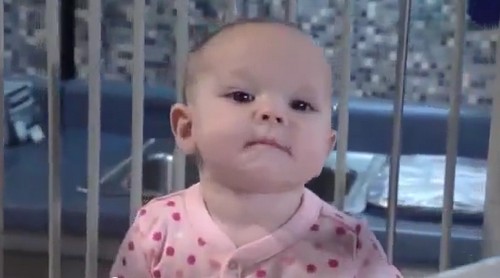 “General Hospital” spoilers tease that April 13-17 will be packed full of exciting drama and must-see episodes of the ABC soap, and according to GH rumors fans will not want to miss a single second. Not that there is ever a dull moment in Port Charles – but the week of April 13 will be an eventful one on the daytime drama. According to “General Hospital” spoilers, this is what GH fans can expect to see:

Monday April 13: “General Hospital” spoilers tease that on Monday’s episode of the ABC soap the love triangle between Maxie (Kirsten Storms), Spinelli (Bradford Anderson), and Nathan (Ryan Paevey) will get even more complicated when Maxie makes an unexpected discovery. Across town Sabrina Santiago (Teresa Castillo) begins to investigate Michael’s strange behavior – and she has reason to believe he was the victim of foul play.

Tuesday April 14: According to GH spoilers Dante and the Port Charles Police Department will get to work investigating AJ/Avery’s kidnapping – the detective will make his round and question several people about the baby’s disappearance. Also on Tuesday spoilers reveal that our favorite wacky lovebirds Nina (Michelle Stafford) and Franco (Roger Howarth) will get some screen time, and Franco will share some news with Nina that she is not happy to hear. 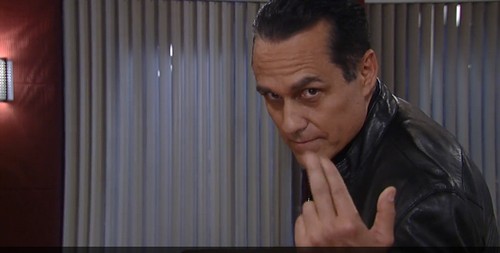 Wednesday April 15: “General Hospital” spoilers in the latest edition of ABC Soaps In Depth reveal that on Wednesday’s episode of the soap Sonny Corinthos (Maurice Benard) is a man on a mission – he pays Luke Spencer (Anthony Geary) a visit where he is being held while they await the court’s decision on whether he is going to Shadybrooke or Pentonville, and is in search of some much-needed answers form his old pal. Meanwhile across town Julian Jerome (William DeVry) gets an earful when Kiki makes a shocking confession to her uncle.

Thursday April 16: According to spoilers for the April 16 episode of “General Hospital,” Alexis (Nancy Grahn) and Ned (Wally Kurth) join forces to achieve a common goal and they work together to convince Michael (Chad Duell) to do their dirty work for them. On the other side of town Lucy and Duke (Ian Buchanan) have a serious chat and she helps him come to an important decision.

So GH fans, do you think Dante will find baby AJ? What crazy scheme are Alexis and Ned cooking up now? What other motives do you think Hayden has for coming to Port Charles and pretending to be Jake’s wife? Will Sabrina figure out what was wrong with Michael? Let us know what you think in the comments below and don’t forget to check CDL tomorrow for more “General Hospital” spoilers and news.

Enjoy the promo preview Video for the General Hospital April 13, 2015 below!