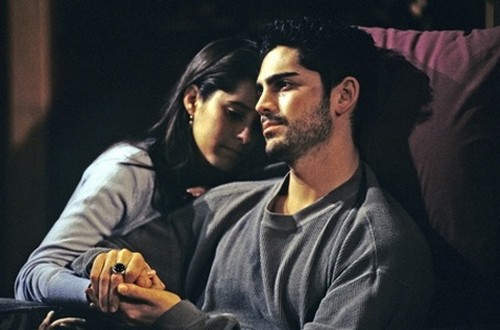 “General Hospital” spoilers and rumors tease that this spring will be packed full of exciting and must-see drama on the ABC soap. With May Sweeps right around the corner, the GH rumor mill is working in over drive right now, and if at least half of the rumors currently floating around the internet turn in to actual spoilers – then fans of “General Hospital” are in for a treat. Here are some of our favorite GH rumors that are making their rounds right now, please take in to consideration that at this time these are just rumors, and may or may not come to fruition.

Michael Loses Avery: Ava (Maura West) and Sonny’s daughter Avery, also known as “Baby AJ,” has been passed around Port Charles like a hot potato since she was born. Right now she is currently in the custody of Michael Corinthos (Chad Duell) – who really has no blood relation to the child whatsoever. Earlier this year Michael took Sonny (Maurice Benard) to court and got custody of the baby out of spite – because he learned that Sonny killed his father AJ (Sean Kanan). Since Michael took Avery, Kiki (Hayden Erin) and Morgan have been working hard to get the baby back to her rightful owner/parent. According to “General Hospital” rumors, Kiki and Morgan (Bryan Craig) will drug Michael and cause him to act crazy (crazier than usual) – his erratic behavior will spur a visit from CPS and they take Avery away from him.

Sabrina And Felix On The Case: Morgan and Kiki’s plan to get Avery back from Michael seems to go off without a hitch, but according to spoilers and rumors for the ABC soap – Sabrina (Teresa Castillo) and Felix are on to them. Sabrina suspects foul play when she sees Michael taking his allergy medicine and the nurse enlists the help of Felix at the hospital to get to the bottom of the mystery. GH spoilers tease that Sabrina could expose Kiki and Morgan’s plan and cause a major fight between the two brothers when what Morgan did is exposed.

Delia To The Rescue: Ava Jerome’s mother Delia (Illene Kristen) seems to make cameos whenever her daughter is in over her heard – and the mobstress’s latest health crisis can definitely be classified as being in over her head. The only hope Ava Jerome has to survive now that she is facing cancer is getting a bone marrow treatment from her daughter Avery. “General Hospital” spoilers tease that Delia will reenter the picture this spring and take her granddaughter on an extended stay in NYC so that Silas Clay (Michael Easton) can do a bone marrow transplant and save Ava’s life.

Nikolas And Hayden: Nikolas Cassadine (Tyler Christopher) and Hayden Barnes (Rebecca Budig) are going to wind up together, according to the latest “General Hospital” spoilers and rumors. Nik and Hayden have one thing in common – they both know that she is a scam artist and is not really Jake’s wife. But, Nikolas can’t expose Hayden, because then he would be revealing that he knows Jason Morgan is alive. Rumors tease that Nik and Hayden wind up blackmailing each other over the information they have on Jake Doe (Billy Miller) – and Hayden uses Nik’s secret to his advantage and secures herself a job at ELQ and a room at Wyndemere. Naturally once Hayden and Nikolas live together – it is only a matter of time before sparks will fly and the unlikely couple winds up in bed together.

The 2015 Nurses’s Ball – Stone Cates Anniversary: “General Hospital” spoilers are confirming that the annual Nurses’ Ball will air on ABC on May 1st, 4th, and 5th – and as always the soap opera will have several guest stars and honor some characters form the past. GH rumors tease that this year’s Nurse’s Ball will be honoring Robin Scorpio-Drake’s old flame Michael ‘Stone’ Cates. Kimberly McCullough will return for the special episodes.

So GH fans, do you think that Kiki and Morgan are crossing a line – or are you happy to see Michael lose Avery? Will Silas be able to use the baby’s bone marrow to save Ava Jerome? Will Sabrina and Felix figure out that Kiki and Morgan set up Michael? How do you feel about Hayden and Nikolas hooking up? Let us know what you think in the comments below and don’t forget to check CDL tomorrow for more “General Hospital” spoilers and news. 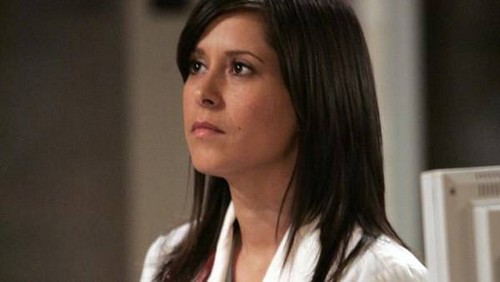