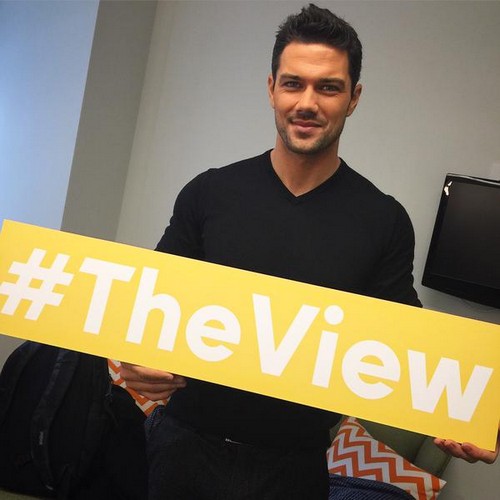 “General Hospital” spoilers teased that during the month of February there would be some major drama for some of our favorite GH couples, including Maxie and Nathan, or “Naxie.” Since Maxie and Detective Nathan West made their relationship official on New Year’s Eve, 2015 has been full of obstacles for the new couple. And, rumor has it, that things are only going to get worse.

“General Hospital” spoilers and coming and goings revealed early this year that Bradford Anderson was headed back to Port Charles as the popular character Damian Spinelli, and Maxie’s baby-daddy and ex-boyfriend of several years. GH fans knew that Spinelli’s return could have some negative effects on her new relationship with Nathan – but no one was expecting what happened on Tuesday’s show. On the February 16th episode of the ABC soap Spinelli (Bradford Anderson) sat down with Maxie and announced that he and Ellie (his girlfriend in Portland) had broken up and gone their separate ways. Maxie, and everyone watching, was thrown for a complete loop when Spinelli confessed that he wanted to be a family with her and their daughter Georgie, and he still had feelings for her.

“General Hospital” fans have been pushing for Maxie (Kirsten Storms) and Nathan to get together for months, and fully supported the new couple. But any GH fan can tell you that Maxie and Spinelli have some serious history together, and the majority of the GH fans that pushed for “Naxie” did so because they thought that the possibility of Spinelli and Maxie reuniting was off the table since Bradford Anderson was no longer on the ABC soap. Now, we will just have to sit back and wait to see who comes out on top, Spinelli or Nathan.

What do you think, GH fans? Will Maxie choose Spinelli over Nathan just to give her daughter Georgie a chance to be with her mother and father? After Spinelli dumped Maxie and took Georgie to Portland, does he really deserve another chance? Will Nathan (Ryan Paevey) fight to keep his girlfriend? Let us know what you think in the comments below and don’t forget to check CDL tomorrow for more “General Hospital” spoilers and news.