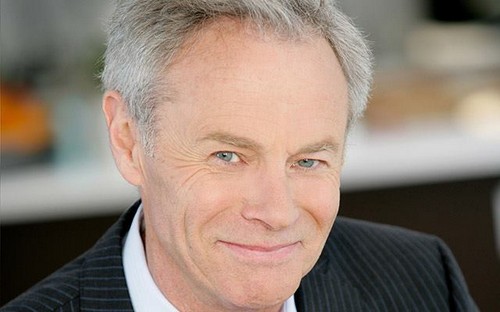 All the big “General Hospital” spoilers lately seem to center around Luke Spencer’s (Anthony Geary) prolonged departure. Geary has filmed his final scenes and will be all gone from Port Charles by the end of the month. But in much more exciting news, Laura Spencer (Genie Francis) is sticking around after Luke leaves. And not just for a couple of weeks, but for quite a while. When Luke leaves for the last time, Laura will leave with him but will then return at summer’s end for an indefinite stay.

So what does that mean for Laura? Romance, of course. There are a couple of possibilities. “General Hospital” rumors indicate there are two major plotlines under consideration to spice up Laura’s love life now that Luke is out of the picture for good. First up is the fan-favorite relationship of Laura and Scotty Baldwin (Kin Shriner). Scotty would be thrilled to have Laura back, maybe almost as thrilled as he will be to have Luke out of Port Charles once and for all.

It would be nice to see Scotty get a little happily-ever-after for a change. It seems like the bulk of his life is thwarted prosecution against Sonny Corinthos (Maurice Benard) and other PC mobsters, so some romance with his first wife Laura and some sexy time would definitely make him a happier camper. But the other option for romance for Laura is even more intriguing – Kyle Sloane (Grayson McCouch)! There’s some “General Hospital” gossip swirling that Kyle and Laura have a past.

It’s not anything we’ve seen on screen, but the writers can always back fill a history for them since Laura has spent extensive time outside of Port Charles and Sloane is new in town. Plus, once Anna Devane (Finola Hughes) rolls back in town from her Scotland trip, it could mean some rivalry between Anna and Laura which is always fun. And any time that we can find a way to get Sloane shirtless, that’s a good thing. One thing is for sure, Laura is in town for a while and she’s looking for love.

In other returning character news, perennial favorite Max Giambetti (Derk Cheetwood) is back. Now that Sonny Corinthos (Maurice Benard) has lost both Duke Lavery (Ian Buchanan) and Shawn Butler (Sean Blakemore), he needs some more henchmen. Bodyguard Max will be a welcome return – Cheetwood has been working over on TNT’s hit The Last Ship for a while but his featured arc there is done so he’s headed back to Port Charles.

And another “General Hospital” casting rumor floating around is, as CDL already told you, that another legacy character will be back soon – Robert Scorpio (Tristan Rogers). GH showrunners were trying to get Robert back as part of Luke’s farewell scenes, but Rogers was too busy with a reprisal of his role of Colin Atkinson on The Young and the Restless. So will Robert come back with Anna? And could he be one of the romantic prospects for Laura? And will his return coincide with Robin Scorpio’s (Kimberly McCullough)?

And here’s one last “General Hospital” rumor to consider. On Friday’s show, Maxie Jones (Kirsten Storms) was complaining about Valerie Spencer (Brytni Sarpi), the Spencer cousin who’s been sucking face with Dante Falconeri (Dominic Zamprogna). Then Maxie said “God help us” if she had a cousin pop in from out of town. Maxie’s only cousin who is not dead or already in town is Robin! We’ve been waiting on her to come back and throw a wrench in people’s lives. That day could be soon.