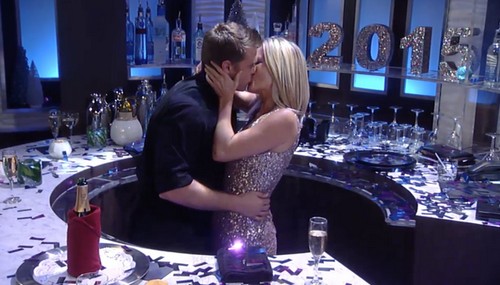 General Hospital spoilers for January 5-9 tease another week of drama and must see episodes on the popular ABC soap. Rumor has it GH fans will not want to miss a single second of the exciting revelations. According to General Hospital spoilers, there will be some major progress in the Fluke storyline and GH fans will get a few more clues as to who the Luke Spencer imposter is. Also, Fluke continues to cause havoc in Port Charles as he sends Carlos Rivera on a mission that even has Carlos questioning whether he is crossing a line.

General Hospital spoilers for the week of January 5 tease some major relationship drama for some of our favorite Port Charles residents. Carly and Jake aka Jason Morgan continue to grow closer and build their friendship as Jake opens up to her and reveals that he has had some strange flashes of memory and confesses that he is starting to wonder if Sam’s hunch is correct and he really is the masked gunman. Meanwhile, across town Liz begins to doubt her relationship with Ric Lansing as she begins to miss her roomie Jake more and more.

According to General Hospital spoilers, during the week of January 5, fans can expect to see Morgan pay his father Sonny Corinthos a visit in Pentonville to discuss his new sister. Also, Morgan’s brother Michael has a busy week as well as he uncovers a well-kept Quartermaine Family secret. GH spoilers tease that Anna receives some concerning news about Sonny’s fellow inmate Johnny Zacchara, also fans can expect to see the real Luke Spencer make an appearance… and he thinks he may have finally figured out the identity of his nemesis Fluke!

So, GH fans, what mission do you think Fluke send Carlos on? Does he order him to kill Jordan since Julian didn’t go through with it? Do you think Liz will wind up dumping Ric Lansing because she wants to be with Jake/Jason Morgan? What secret does Michael uncover? Let us know what you think in the comments below and don’t forget to check CDL tomorrow for more General Hospital spoilers and news.