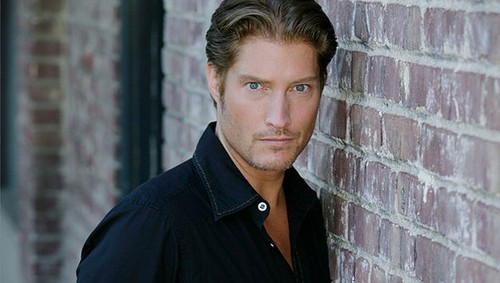 Carly & Jason Morgan: When General Hospital spoilers confirmed that Jason Morgan was headed back to Port Charles, we all began speculating whether he would get back together with Liz or Sam. But, both women appear to be off the market now. According to GH rumors, Jason could actually wind up getting together with his old BFF Carly Jacks.

RIP Jordan Ashford: When GH coming and going news revealed that Port Charles newbie Jordan Ashford was headed to town – they never clarified for how long. Word on the internet is that Jordan’s days are numbered, and considering she has wronged just about every mobster in Port Charles – it really is anyone’s guess who will wind up taking her out.

Free Sonny Corinthos: The General Hospital writers have backed the character of Sonny Corinthos in between a rock and a hard place. At this point the only way Sonny could get out of Pentonville is if it turned out that he didn’t murder AJ Quartermaine, and rumor has it he didn’t – because AJ Quartermaine’s death was faked and he is headed back to Port Charles.

Frisco Jones Returning: With all of the talk about Maxie’s father helping her get home and the new head of the WSB, GH rumors are buzzing that Frisco Jones is headed back to Port Charles. Normally if a character is mentioned over and over – it is the writers’ way of reintroducing him before he or she reenters the soap canvas.

Jason Morgan’s Identity Revealed: According to General Hospital rumors, no one in Port Charles will know Jake’s true identity until February. But, the truth begins to come to light when Jake decides to get hypnotized to try and bring back some of his memories.

Julian & Olivia: Julian and Olivia have a lot in common – like the fact that the man and woman they are in love with are dating each other. Rumor has it that Olivia and Julian wind up drowning their sorrows together over their romantic woes with Ned and Alexis and they have a one night stand. The GH writers have been itching to write Lisa LoCicero’s real life pregnancy into the soap opera – and a Jerome baby after a one night stand would be the perfect opportunity.

So GH fans, do you think there is some truth to any of the latest rumors? How do you feel about Carly and Jake hooking up? Do you think that Jordan will be killed off? Could the writers bring back Frisco Jones? Can you see Olivia and Julian having a drunken one night stand? Let us know what you think in the comments below and don’t forget to check CDL tomorrow for more General Hospital spoilers and news.