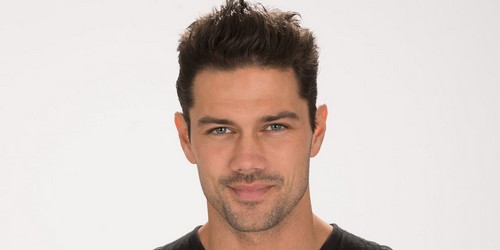 General Hospital spoilers for Tuesday December 30 reveal that the residents of Port Charles are all headed to the Metro Court to bring in the New Year, and it looks like their all bringing their drama and baggage along with them. The PCPD’s flip-flopping agent has bigger fish to fry on New Year’s Eve though – like making sure the Jerome Family doesn’t have her killed. In the General Hospital spoiler video for the Tuesday episode of the ABC soap Jordan makes a beeline for Shawn after her confrontation with Julian Jerome and begs him for protection.

In other General Hospital news, according to the promo for Tuesday December 30 there will be some major drama at the New Year’s Eve party when Alexis arrives on Ned’s arm. In the all new spoiler video it looks like Ned and Julian are about to throw a few punches, and Ned asks Julian “Do you want to take this outside.”

Alexis isn’t the only one whose New Year’s Eve festivities are off to a bumpy start, Anna Devane is not thrilled when she sees Lucy and Duke together. And, Carly tried to give Jake some love advice when Liz arrives with Ric Lansing.

General Hospital spoilers also tease that Nathan West is still MIA on December 30, and in the spoiler video Maxie frantically waits for his plane at the airport. So GH fans, do you think something horrible could have happened to Nathan or is his plane just delayed? Will Jake take Carly’s advice and make a move on Liz? Who will come out on top, Julian or Ned? Let us know what you think in the comments below and don’t forget to check CDL tomorrow for more General Hospital spoilers and news.

I hope nothing happened to him [Nathan]

Who will come out on top? I think the rugged Mr. Jerome. I like them both but it’s hard to resist a rugged bad boy!