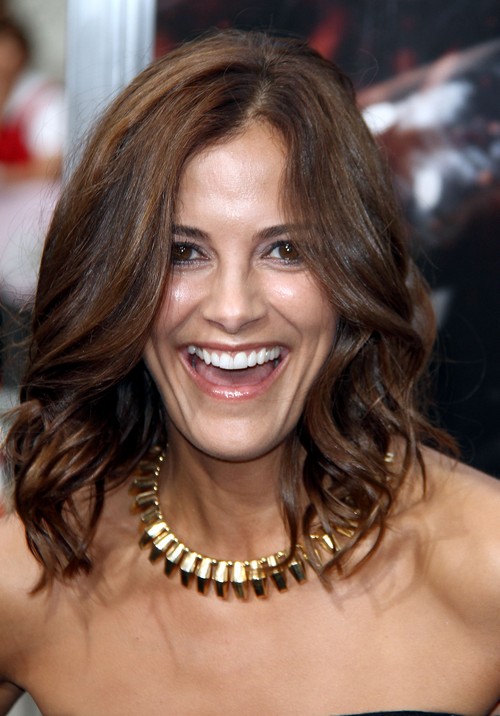 “General Hospital” spoilers and casting news confirm that soap actress Rebecca Budig is headed to Port Charles. Rebecca Budig won soap fans over with her portrayal of Greenlee Smythe on the now-cancelled soap All My Children from 1999 – 2011. Prior to her joining the cast of AMC Rebecca Budig also starred on the now cancelled CBS soap Guiding Light as the character Michelle Bauer. “General Hospital” spoilers tease that both Budig, GH producer Frank Valentini, and GH head-writer Ron Carlivati confirmed the major casting news on Twitter.

“General Hospital” spoilers generally leak weeks in advance, especially when it comes to big casting news like AMC’s Rebecca Budig joining the show. However, TPTB at “General Hospital” managed to keep this under wraps until now – and still are not releasing any information on what character Rebecca Budig will be playing. Obviously the soap opera rumor mill is in a frenzy over the casting news, and rumors are already floating around that Rebecca Budig was tapped to play the part of Liz’s sister Sarah Webber, who has been supposedly returning for months now.

When the “General Hospital” casting news broke on Twitter, Frank Valentini tweeted something that really has us doubting Rebecca Budig is playing Sarah Webber though. Valentini stated that Budig was joining GH in a “killer new role.” If she is playing a new role, then it can’t be the part of Dr. Sarah Webber. It’s also worth mentioning that the producer used the term “killer” – is there about to be another badass female mobstress in Port Charles? Perhaps Rebecca Budig’s new character is a cold-blooded killer and will be giving Ava Jerome a run for her money.

What do you think, “General Hospital” fans? Were you a fan of Rebecca Budig when she starred on All My Children? Will she make a good addition to the GH cast? Could she be Sarah Webber, or is it an all new character that hasn’t been introduced yet on the ABC soap? Let us know what you think in the comments below and don’t forget to check CDL tomorrow for more “General Hospital” spoilers and casting news.