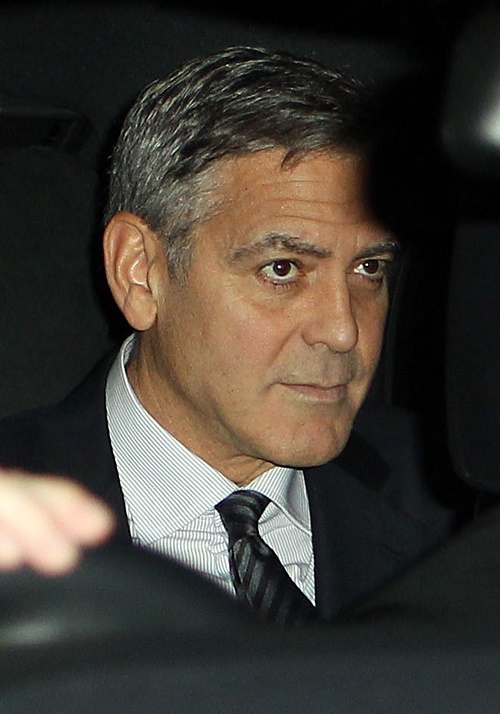 George Clooney has been an American sex symbol and listed as the sexiest man alive on more websites and publications than we could ever count. In 2014, the infamous bachelor shocked the world and married his new girlfriend Amal Alamuddin. Usually after people get married they let themselves go a little, but George Clooney seems to be the opposite. Now that he has his younger, hotter, exotic lawyer wife on his arm, he feels pressured to look as young and hot as she does. George Clooney has always aged gracefully, and truly solidifies the old adage that men get better looking over the years, but when he is standing next to his new wife – his years really become apparent.

According to a new report in the January 19th edition of OK! Magazine, George Clooney has become so self-conscious of his age that he is planning to get plastic surgery to appear younger. The magazine reveals, “An insider claims that George Clooney fears he looks so old next to his new bride Amal that he wants to iron out some of his wrinkles. He’s told friends that he is considering getting Botox and some face fillers. He’s even contemplating coloring his signature salt-and-pepper hair to make it a little less gray. Secretly, he’s not all confidence he is willing to do whatever it takes to turn back the clock… at least for a while.”

Since George Clooney married Amal Alamuddin in 2014, all eyes have been on him and his new wife. Paparazzi seem to be following the couple everywhere. It’s no wonder that Clooney is beginning to get self-conscious. His marriage to Amal thrust him back into the spotlight and has gained him more attention than any of his recent movies. Do you think that George will actually get work done to appear younger? Isn’t the reason that he is dubbed one of the sexiest men alive because he has aged naturally? Will plastic surgery ruin his image, or his face? Let us know what you think in the comments below!