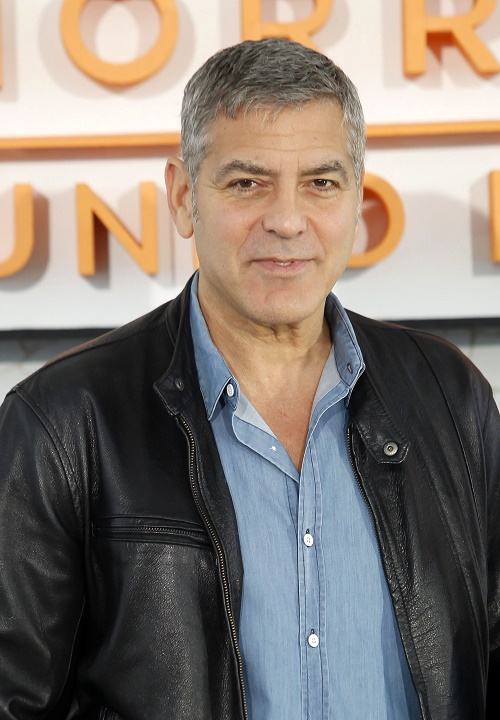 George Clooney and Amal Alamuddin’s divorce is right on track, the actor and human rights lawyer have not even been married a year – and their rushed relationship is falling apart right before our eyes. Since Amal and George hastily said I DO in 2014, they have been fighting non-stop ever since and are hardly ever in the same city, courtesy of their busy careers. According to a new report, even when George and Amal are in the same city together they don’t even sleep in the same bed together!

The June 1 edition of Life & Style Magazine features a photo of the not-so-happy couple George Clooney and Amal Alamuddin. The headline reveals, “George And Amal Are Sleeping In Separate Bedrooms.” And we all know “sleeping in separate bedrooms” is lingo for “getting a divorce” in Hollywood. We get that sometimes couples just need their space. But George and Amal have nothing but space – half the time they are literally in different countries and they are rumored to only see each other once every two or three weeks. Seeing as how they are a newly married couple and hardly get to spend any time together, don’t you think that when they are together they would want to sleep in the same bedroom?

Also, neither one of them wants to make any sacrifices their career to spend more time together. It’s all really like watching a train wreck in slow motion. We know George Clooney and Amal Alamuddin are going to crash and burn – now it is just a matter of when. How much longer do you think George and Amal will stay married and sleeping in separate bedrooms before they file for divorce? Let us know what you think in the comments below!