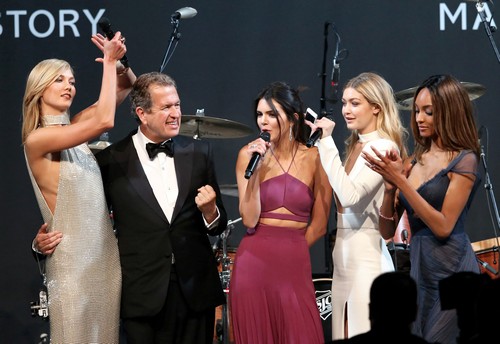 Is Kendall Jenner so jealous that Gigi Hadid is getting all the attention at Cannes that the Kardashian spawn wants to end their friendship? Model Gigi Hadid has really been able to jump into the spotlight quite a bit recently. After dealing with her very public relationship and break up with singer Cody Simpson, the 20-year-old model is no stranger to fame. Now, it seems that Gigi Hadid is stealing the hearts of various film producers at the 2015 Cannes Film Festival, and someone isn’t too happy about that.

One of Hadid’s closest friends, and fellow model, Kendall Jenner, is currently harboring a little bit of jealousy for her partner in crime because Gigi Hadid has been able to steal the attention of everyone, while Kendall Jenner has been receiving little to no love at the event.

A source recently revealed to Hollywood Life, “Kendall wants to be a model. Acting would be fun, and if the right thing came along she would jump at it. She is making some waves in her modeling career and she wants to tackle those challenges before she pursues intense acting roles.”

If you recall, Kendall had a difficult time when breaking into modeling as well because of her Kardashian name, but was able to break through those boundaries. Now she is facing the same challenge with acting. “She’s been looked down upon because she’s a Kardashian,” says the insider. “They fell that Gigi is more exotic looking, doesn’t carry the baggage that Kendall does with her family and Gigi is more of a fresh face that they would love to give a chance over Kendall.” Ouch, that must sting.

The source continues to reveal, “the fact that people are thinking she wouldn’t be a good fit has her upset, but it just makes it more rewarding when she has the chance to prove them wrong.”

The Keeping Up With the Kardashian star will leave the Cannes Film Festival a little upset, but only time will tell if her friendship with Gigi Hadid will suffer because of Hadid’s success.

What do you think? Will this put an end to the Gigi Hadid and Kendall Jenner friendship, or will the two young stars be able to support each other? Let us know in the comments below.