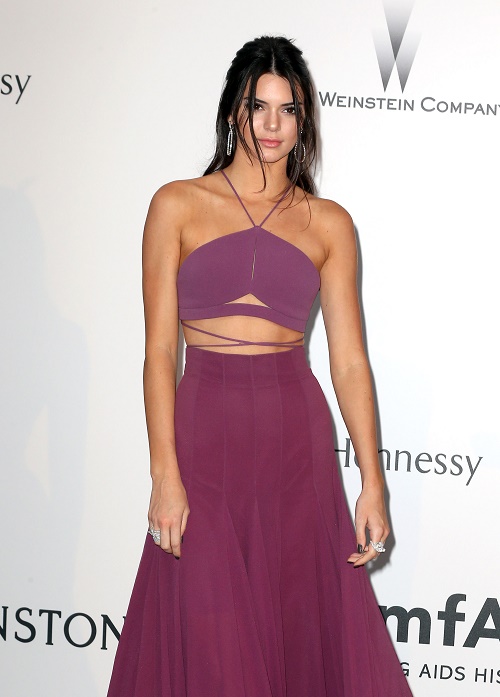 Rob Kardashian is out for blood, and Kendall Jenner can now join Kris Jenner and Kim Kardashian on his hit list. It’s no secret that Rob Kardashian is fed up with his family and has been feuding with them for weeks. The troubled former star of Keeping Up With The Kardashians is determined to bring down their empire – and has even been selling stories about Kris Jenner and Kim Kardashian to the tabloids. Kim has been backhandedly dissing Rob and his “mental illness,” and Kris has been trying desperately to ship him off to rehab and credit his outbursts to his alleged drug problems.

Rob Kardashians main targets have been Kris Jenner and Kim Kardashian – and he blames his mother and sister for his emotional issues and startling weight gain. His younger sisters, Kylie and Kendall Jenner, have stayed relatively out of the battle…until now. Kendall Jenner just very publicly chose sides, and made it very clear that she is not “Team Rob” by hanging out with his ex-girlfriend Rita Ora. It’s one thing to hang out with your brother’s ex – that right there is cold and cruel. But, Rita isn’t just any ex: she publically shamed Rob and they got in a very heated and public battle on social media which ended in Rita Ora telling the world that Rob Kardashian wasn’t exactly well endowed. Kendall was photographed with Rita Ora at Cannes Film Festival – and it’s safe to say Rob Kardashian is FURIOUS.

Sadly, of all of Rob’s family, Kendall Jenner has the most to lose. She has a real career – and so far a pretty squeaky clean image compared to the rest of her family. Kendall probably should have taken her modeling career into consideration before hanging out with her unstable brother Rob’s ex Rita. We give Rob less than a week before he starts selling stories to all of the tabloids about his sister Kendall Jenner, and what she really does behind closed doors. Surely, we are going to learn whether Kendall Jenner really does hook up with girls, and that pesky alleged cocaine habit is sure to pop up as well.

Do you think that Kendall crossed a line by hanging out with Rob’s ex Rita? Does Rob have a reason to be upset or is he being petty? How will he get revenge on Kendall – will he destroy her modeling career? Are Kris Jenner and Kim Kardashian to blame, did they turn Kendall Jenner against Rob Kardashian? Let us know what you think in the comments below!