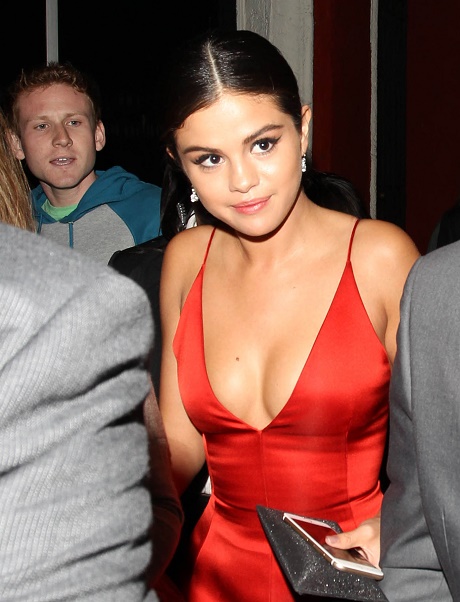 Selena Gomez, forever tied to Justin Bieber, appears to be seeking out Kris Jenner to manage her career–to make Kendall Jenner and Kylie Jenner jealous! Selena Gomez’s behavior has become erratic and unpredictable since she and her on-again off-again boyfriend, Justin Beiber, began their mutually destructible downward spirals. She’s no Amanda Bynes (yet), but it is becoming increasingly clear that Selena isn’t always thinking with a sound mind. So, considering her trail of bizarre behavior, we weren’t exactly shocked when stories hit the internet revealing that Selena has been hanging out with her new bestie, Kris Jenner.

According to the October 27th edition of OK! Magazine, “An insider claims that Selena Gomez is so impressed by how the Kardashian clan matriarch supervises her family that she has turned to her for help with her own career.” OK!’s insider goes on to explain, “Selena fired her mom Mandy Teefey in April because she needed someone with more experience in the entertainment industry. They really hit it off, Kris sees a lot of potential in Selena and told her she would love to manage her career.”

If this story is true, then it just proves how greedy Kris Jenner is and how petty and immature Selena Gomez is. It’s no secret that Selena has major beef with Kris’s daughters Kendall and Kylie over Justin Bieber. If Selena is hanging out with Kris Jenner and leading her on and claiming she is interested in her as her manager, then she is just doing it to get under Kendall and Kylie’s skin. The fact that Kris is actually willing to manage someone who her daughters despise and don’t get along with is a perfect example of the fact that she will do anything for money, regardless of how it affects her own children.

Do you think that Selena is meeting with Kris just to get under Kendall and Kylie’s skin? Will Selena actually hire her as her new manager? Let us know what you think in the comment section below!