Gwen Stefani and Blake Shelton Turn Up The PDA On The Voice, Determined To Keep Christina Aguilera Off The Show? 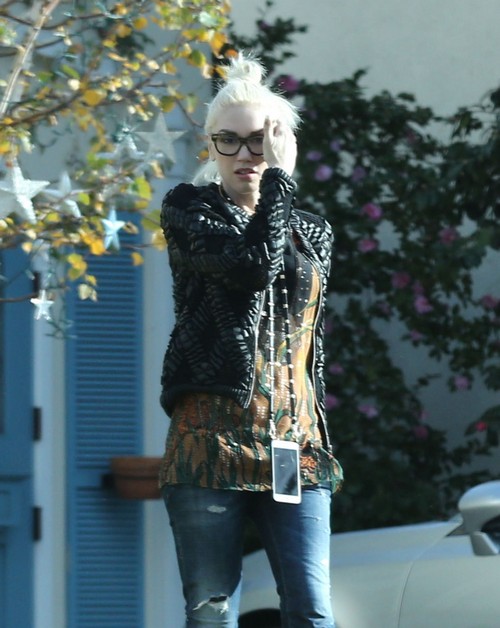 Season 9 of ‘The Voice’ is winding down, and that means so is the showmance between Blake Shelton and Gwen Stefani. Spoilers indicated weeks ago that Gwen Stefani is out, and Christina Aguilera will be reclaiming her spot on the cast of the NBC singing competition when Season 10 kicks off.

As Season 9 of ‘The Voice’ nears the finale, Gwen Stefani has been campaigning hard to keep her spot on the cast. Recently on the show Gwen spoke about how sad she was to be exiting, she even sat on Blake’s lap and joked that she and Christina could both be on Season 10 – she could just share a chair with Blake.

As the episodes are winding down, Blake and Gwen seem to be vamping up the PDA in hopes of making a last ditch attempt to convince the producers to keep Gwen around.

The rivalry between Gwen Stefani and Christina Aguilera is very real. Rumor has it that the only reason Christina is returning is because she got jealous that Gwen was being favored so much more by ‘The Voice’ fans than she had been. And, Gwen is upset that Christina is just marching back in and leaving her in the unemployment line after she has done so much for the show.

Gwen Stefani obviously as Blake Shelton on her side, and she is much closer with Adam Levine and Pharrell than Christina was in prior seasons. If Gwen and Blake keep working the showmance angle, there is a chance that they could convince the producers to keep Gwen around for another season. They may have announced that Christina Aguilera is returning, but that doesn’t meant that the contracts have been finalized.

What do you guys think? Is there a chance that Blake, Pharrell, and Adam could convince the producers to keep Gwen Stefani around? Is Gwen’s lap-sitting stunt a little over the top, or will it be able to do the trick? Let us know what you think in the comments below!