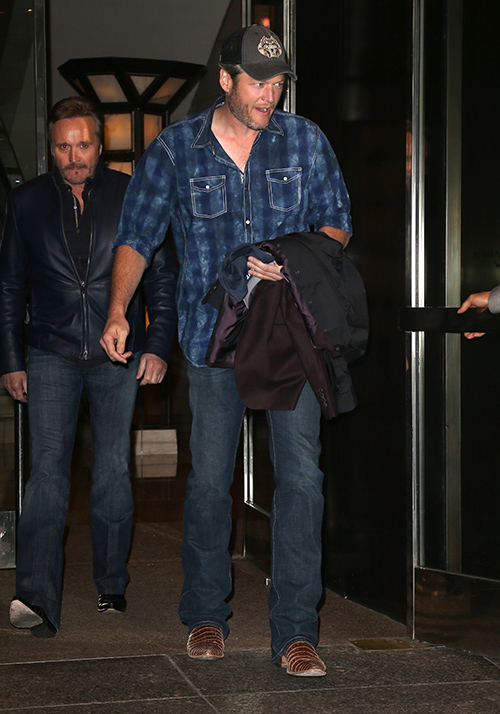 Is Gwen Stefani and Blake Shelton’s romance killing The Voice? According to Nielsen ratings, the viewership crashed after Gwen and Blake’s PDA-packed episode. Now that Gwen and Blake’s relationship has been confirmed, audiences aren’t enjoying the new coaches played up romance and the show is suffering.

At first, the Gwen Stefani and Blake Shelton hookup sparked interest in ‘The Voice.’ Gwen and Blake were rumored to have great chemistry and reports suggested they were dating. But the real surge in viewership cam when they were spotted together at Halloween. The November 2 episode hit just over 12 million viewers after news of Stefani and Shelton’s affectionate display at Adam Levin’s party spread like wildfire.

It’s clear ‘The Voice’ enjoyed the increase in popularity and ratings. At one point, reports circulated that Blake and Gwen’s romance was for show and played up to grab a bigger audience. Whether or not that is true, it Shelton and Stefani’s romance did bring higher ratings, but only temporarily.

Blake Shelton and Miranda Lambert announced their divorce in July 2015, and Gwen Stefani and Gavin Rossdale followed soon after in August 2015. The timing of their respective divorces has raised eyebrows; reports going as far to claim Miranda wanted to have a chat with Gavin to “compare notes” about their tandem splits. Stefani’s rep first claimed Blake and Gwen’s romance rumors were “completely untrue,” but following the PDA-packed Halloween party the rep then confirmed Stefani and Shelton were dating.

Ratings for ‘The Voice’ increased during the drama, but it appears the interest is now negatively impacting the show. As Gwen and Blake embrace their romance for the cameras, the ratings have fallen. On Monday, November 23, the Nielsen ratings fell to nearly 10.3 million. Perhaps the holidays were to blame. Maybe viewers were busy making the trek home or to the grocery for Thanksgiving celebrations.

What do you think? Is Gwen Stefani and Blake Shelton’s romance killing ‘The Voice’? Will ratings continue to crash as they flaunt the romance and pack in the PDA? Let us know your thoughts in the comment section below. Don’t forget to check back on CDL for more news and updates on Gwen and Blake’s romance!