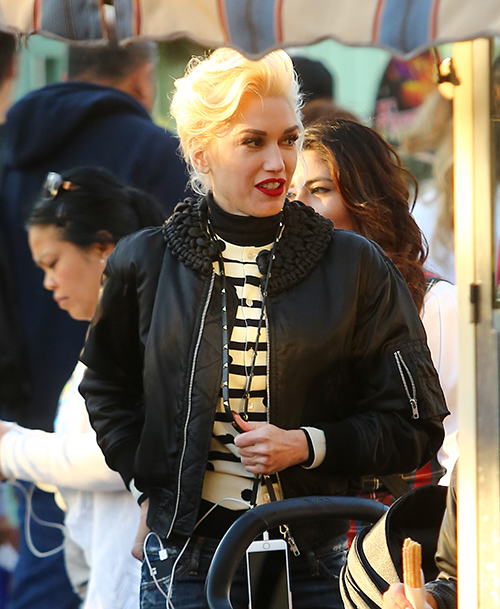 ‘The Voice’ ratings are reportedly sinking quicker than a cinder block – and according to a new report, the producers of the once wildly popular singing competition think that Blake Shelton and Gwen Stefani’s romance is to blame. It was the first time ever in the history of ‘The Voice’ that two coaches were dating and has found love in their big red chairs – it should have been a publicity goldmine. But, something went horribly wrong.

‘The Voice’ ratings were just as phenomenal as ever for NBC this Fall, and as rumors began ramping up that Blake Shelton and Gwen Stefani (both recently divorced) were dating each other, the ratings seemed to climb as fans tuned in for clues about their relationship. Everyone was dying to see if Blake and Gwen were really together.

Finally, reps for the couple confirmed that they were indeed dating – then no one felt the need to tune in any more, the secret was out. And, the producers of ‘The Voice’ may have put a bit too much emphasis on Gwen and Blake’s flirtations during the show, because it seems like they may have actually turned off some long time viewers.

According to a new report from Radar Online, this week ‘The Voice’ ratings hit an all time low for this season. The website reported, “The Monday, November 23, 2015, show was a season low, pulling in just 10.29 million viewers, despite the dynamic duo flaunting their affection for each other.”

Could it be that Blake and Gwen dating is actually hurting the long-running reality show and not helping them any? Does it have anything to do with the fact that Gwen and Blake have raised some red flags among fans – who are certain that they may have cheated on their exes Miranda Lambert and Gavin Rossdale with each other? Let us know what you think in the comments below!