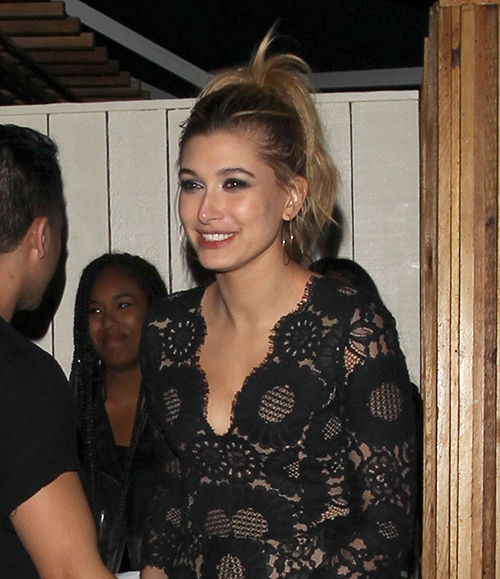 Hailey Baldwin want the world to know that she is not – under any circumstances – dating Luke Hemmings from 5 Seconds Of Summer. There is absolutely nothing that Hailey Baldwin hates more than dating rumors regarding her love life – let’s keep in mind this is the same girl that got into legit Twitter feuds with 12 random 12 year olds over whether or not she was dating Justin Bieber.

On Saturday, September 28th Hailey Baldwin tweeted this message out to her followers, “I never went on a date with Luke from 5 seconds of summer. So if everyone wants to chill that’d be dope.” After creating a total frenzy on Twitter, and fielding a ton of comments – Hailey promptly deleted the message. Now, that could mean a ton of things – like she was lying and has been hooking up with Luke Hemmings? Or, it could mean absolutely nothing; she used to delete her tweets when she was arguing with people over whether or not she was dating Justin Bieber too.

What is the big deal anyways? Luke Hemmings is hot. Why wouldn’t she want people to think that they were dating? Actually – it’s a huge deal, because Luke Hemmings isn’t exactly single, he has been linked to fellow singer Arzaylea. Hailey Baldwin was dubbed the “other woman” by disgruntled fans when she was spotted hanging out with the 5SOS band member last month. Rabid fans were not happy that Hailey was creeping on Arzaylea’s man – and they let her know on Twitter. Seeing as how she has been accused of cheating with Hemmings, we can see why she would want to tell everyone that there was nothing going on between them.

What do you guys think? Could Hailey Baldwin be hooking up with Hemmings and just lying to cover up their sordid affair? Let us know what you think in the comments below!