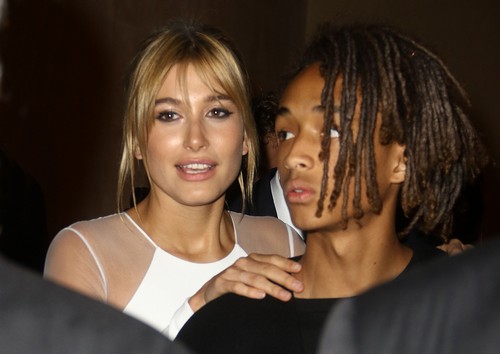 Let the Hailey Baldwin and Justin Bieber dating rumors commence. Biebs’s relationship with Hailey Baldwin has always been one of mystery, they have been linked together romantically off and on for over a year – but Hailey is constantly shooting down rumors that they are dating. However, her actions speak otherwise. Hailey and Justin have been photographed all over each other, and how can we forget when she had a jealous fit during his 21st birthday party and left the event early because Justin was all over other girls?

Justin Bieber recently announced on Ellen DeGeneres’s daytime talk show that he was single and ready to mingle. Ironically a few days later at New York Fashion Week Hailey opened up about her relationship with Justin and professed her love for him. Either Hailey is marking her territory, or she wants Justin to know that she still carries a torch for him. Regardless, this is what Hailey had to say about her on-again, off-again relationship with Justin Bieber.

Page Six cornered Hailey for a quick interview at New York Fashion Week, and of course Justin Bieber came up in conversation. When asked about her and Justin’s trip to Australia for a Hillsong Church event this summer, Baldwin dished to the reporter, “Justin and I are very close with Carl and Laura [pastors at Hillsong Church]. They care about me as authoritative figures in my life and I go to them with a lot of things and I ask for their advice. It really keeps me grounded to be a part of their church. This past year Justin has made a lot of big changes in his life. He’s really a good person and I don’t think everybody knows that side of him. I think he’s trying to get everybody to know that’s who he really is. He’s one of the most caring and most polite people I know.”

At this point, keeping track of Justin Bieber’s dating life is like trying to count how many cars are crossing the George Washington Bridge. Do you think that Hailey Baldwin and Justin Bieber will start dating again? Or is their relationship strictly platonic? Let us know what you think in the comments below!