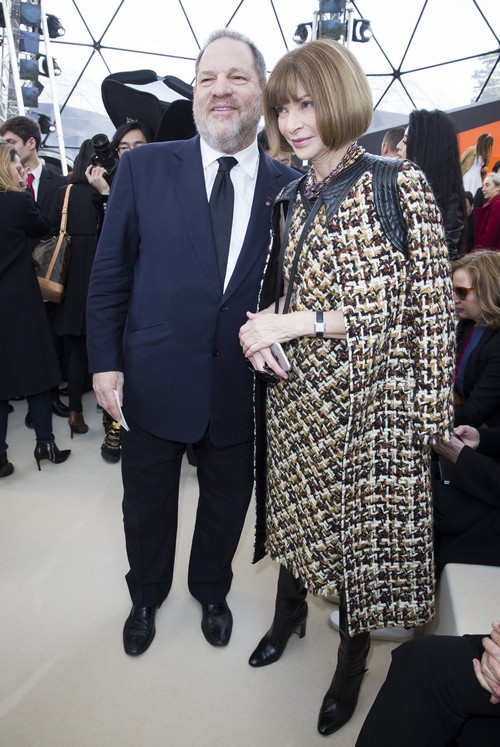 Hollywood producer Harvey Weinstein is accused of groping a 22 year old woman – and is being investigated by the New York Police Department. Harvey Weinstein is maintaining his innocence and insisting it is a blackmail attempt – Page Six is reporting that the alleged victim already filed a police report at the 1st Precinct. According to Page Six the 22 year old model met with Weinstein in Tribeca where he molested her and grabbed her breast and thigh.

The famed movie producer was brought in for questioning on Saturday March 28 and the Manhattan District Attorney Cy Vance has not revealed whether he plans to formally charge Weinstein with any crimes. Page Six’s inside sources reveal that the woman claimed in her police report that Weinstein grabbed her breast and asked her whether or not they were real – which totally sounds like a creepy couch casting mishap to us. If Harvey Weinstein was looking for a new star for his latest blockbuster, then perhaps he needed to know whether or not her breasts were real?

Regardless of whether Harvey was coming on to the 22 year old model, or just used casting for his upcoming movie to abuse his power and cop a feel – it certainly doesn’t sound like blackmail. Generally when someone is blackmailing a big wig like Harvey Weinstein, they ask for money to keep quiet and not go to the police. So, why would the girl file a police report and then turn around and try to extort money from Weinstein? The damage has already been done, his reputation has been tarnished and we are going to go out on a limb here and assume that his wife and mother of his children, Georgina Chapman, is not happy either.

Do you think Harvey Weinstein groped the alleged victim? Or is the movie producer innocent, and the victim of a horrible executed blackmail plot? Let us know what you think in the comments below!