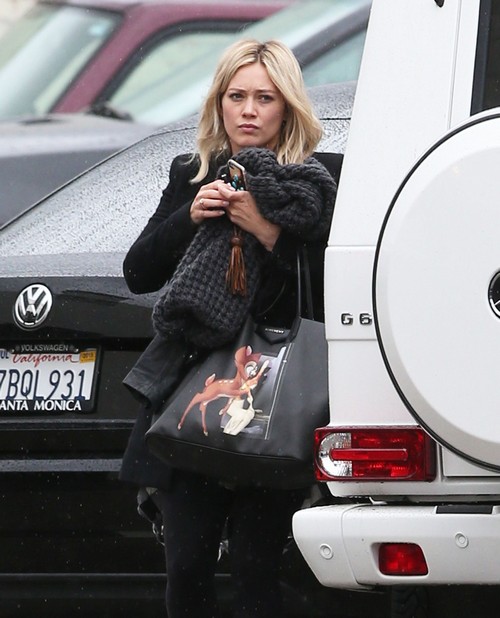 Hilary Duff says, “It kind of started out to be a joke with some of my girlfriends. I was like, ‘Explain this whole thing to me because it’s kind of blowing me mind.”

The way Tinder works is like this; You set up a simple profile and choose a picture that you want everyone to see. Then, the app matches you with people in your area. You swipe left if you are not interested in them and swipe right if you are interested. If you swipe right with someone who also swipes right for you, you are then able to receive each other’s contract information.

Hillary goes onto say, “We were swiping and it started out to be kind of joke and then I was like, ‘I’m gonna join Tinder,’ and they were like, ‘What?! No way you can’t.’ And I was like, ‘Why Can’t I? Yeah, I absolutely can.”

Hilary Duff goes onto explain that she has chatted with a few guys and that she was surprised to see that they were “normal.” She even went on a date with a man named Tom. If you’re starting to think this is all way too weird to be true, don’t worry, we suspect the same thing, and apparently, so do insiders close to the star.

According to National Enquirer, inside sources have revealed that they believe Hilary Duff is only dating men online to create a reality show. They said, “Everyone on the set of her new show, ‘Young,’ thinks she never quit dating a musician she was seeing.” They go on to say, “And the first guy she ‘dated’ who she met online just happened to be in the business of making reality shows.”

We would not put it past Hilary to try something like this. With her declining fame, and her just releasing new music, it would be the perfect publicity stunt. What do you think of the allegations? Is Hilary Duff just dating men for a reality show? Let us know in the comments below.