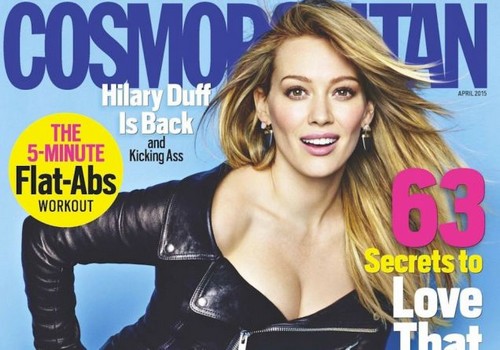 Hilary Duff sounds bitter about her divorce from Mike Comrie after all his cheating sunk their marriage. So instead of looking at the reasons her own marriage failed so miserably Hilary brilliantly decided to deconstruct the institution of marriage, pathetic! Of course it couldn’t be that Mike and Hilary were too hedonistic, selfish and self-centered to manage to stay married – therefore it must be marriage itself that is at fault.

About a year ago, we first started hearing whispers of a possible divorce between Hilary Duff and her husband, Mike Comrie. However, even though they went through a ‘temporary’ separation, their marriage weathered through the troubles and the two seemed stronger than ever. Sure, they had their on-again/off-again moments, but by and large, they seem like they worked out their differences and the majority of the issues plaguing their marriage. But alas, it was not meant to be.

Hilary Duff recently filed for divorce from Mike Comrie, more than a year after they ‘officially’ separated and then unofficially got back together. They might have been trying to work things out for the sake of their son, Luca, but things clearly didn’t work out. But the reasons for why they didn’t work out? Well, according to Hilary, it’s because she just doesn’t believe in monogamy anymore.

Hilary Duff covers the recent issue of Cosmopolitan Magazine, and when asked about the end of her marriage and how her views on marriage have changed, she replied, “I don’t want to sound bitter because I’m definitely not, but I don’t know if people are meant to be together forever. Things happen over a long relationship that you can’t always fight. A marriage of 20 years, the accomplishment of that must feel really great, but there are also huge sacrifices. I just always want to fight for happiness.”

There are couples everywhere that have lasted for twenty years that will argue with her. Of course, divorce in this day and age – especially in the celebrity world – is almost second nature, so why would anyone attempt to salvage their marriage when the alternative is reasonably quick and painles… for the parents? Of course the children never recover, but hey, why mention that?

What do you guys think about Hilary’s comments regarding monogamy and divorce? Is it a giant ‘sour grapes?’ Do you think she and Mike Comrie will ever get back together? Let us know your thoughts in the comments below.