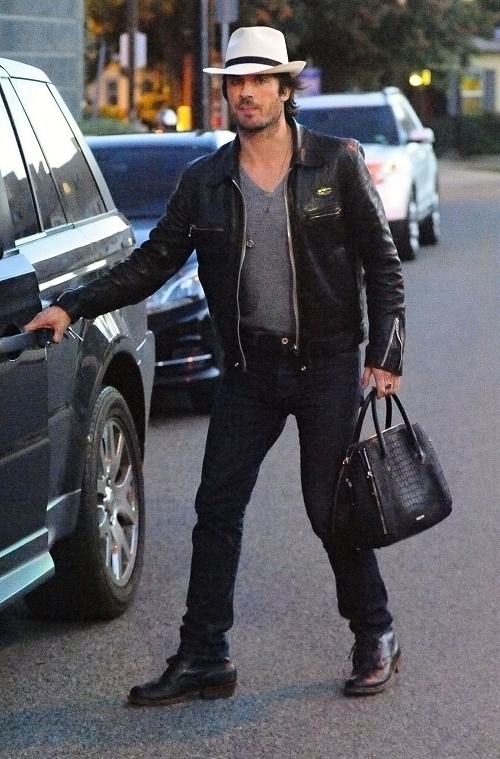 Is Nina Dobrev still seeing Ian Somerhalder behind Nikki Reed’s back? Nikki’s BFF Evan Rachel Wodd thinks so and is warning her pal about Nina and Ian cheating according to a new report. The Vampire Diaries star Ian Somerhalder and his girlfriend of just six months, Twilight’s Nikki Reed, are getting married! News of Ian Somerhalder and Nikki Reed’s engagement spread like wildfire in January 2015, and the couple’s friends and family were shocked by the announcement, so was Nina Dobrev. But no one was as shocked as Nikki Reed’s BFF of more than a decade Evan Rachel Wood – who found out about the engagement from a reporter on the red carpet.

The February 16th edition of OK! Magazine reveals that Evan was furious when a reporter asked her how she felt about Nikki and Ian’s engagement – because she had no idea her best friend was getting married. Evan laughed that incident off and joked to the reporter, “She got engaged? To Ian? I can’t believe she didn’t text me, I’m going to have to get on her!” But according to OK! Magazine’s inside sources, Evan was much more heated about the news than she let on.

OK! Magazine’s inside source reveals, “Evan was livid that she found out the good news from the media like everyone else. Evan and Ian have always rubbed each other the wrong way. Nikki knew Evan wouldn’t be happy about the proposal, and she’s right. But, more than anything Evan is upset that Nikki didn’t tell her!” It’s no secret that Evan and Ian Somerhalder don’t see eye to eye on a lot of things, like whether or not he is really done with his co-star and ex-girlfriend Nina Dobrev. Reports have surfaced that Nikki Reed is afraid that Ian and Nina Dobrev are still hooking up on the set of The Vampire Diaries, and rumor has it that Evan is the one putting that bug in her ear. It’s no wonder Ian doesn’t want his fiancée hanging out with Evan Rachel Wood.

So, do you think it was cold of Nikki not to tell Evan about her engagement? Or was she just trying to avoid the negative feedback she was sure to receive? Should Nikki still be worried about Nina Dobrev and Ian Somerhalder? Let us know what you think in the comments below!