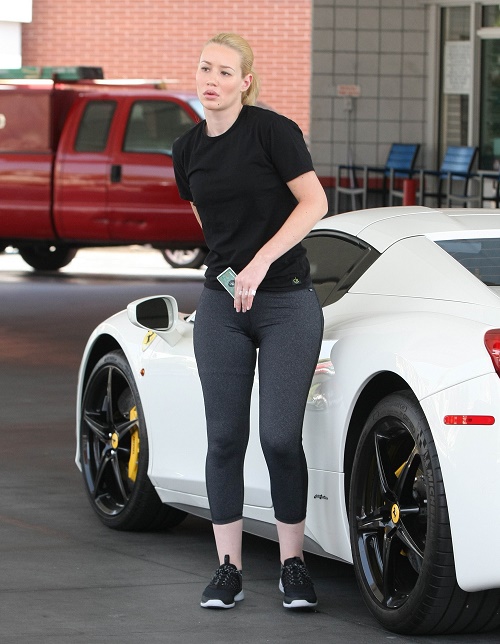 Iggy Azalea has cancelled the wedding! Iggy Azalea and her longtime boyfriend NBA player Nick Young announced on social media in June 2015 that they were officially engaged and getting married. Iggy bombarded Instagram with pictures of her flashy new engagement ring and gushed in interviews that she had already started planning the wedding. Then, British TV star Donatella Panayiotou came forward and revealed that Nick had cheated on Iggy with her – and all hell broke loose.

This isn’t the first time that Nick Young has been caught cheating on Iggy Izalea, but it most likely will be the last because Iggy has reportedly dumped the NBA player and called off the wedding – for good. The July 20 edition of Star Magazine reveals, “Iggy feels absolutely betrayed by Nick. She has even unfollowed him on Instagram in light of his womanizing ways. As of now, Iggy is keeping the rock he gave her, she has been publicly humiliated and Nick at least owes her that.”

Of course Iggy is keeping the $500,000 engagement ring he gave her on his 30th birthday, her career is on the fritz and she needs all of the extra cash she can get. After she cancelled her Great Escape Tour, her song with Britney Spears bombed, and she recently confessed to having to scrap an entire album because of “creative issues” – it’s safe to assume that the rapper could wind up being a little strapped for cash in the near future.

Do you think that Iggy Azalea will cave like she has in the past, and eventually wind up taking back Nick Young despite the cheating? Is there still a chance that they could eventually wind up getting married? Is it wrong of Iggy to keep the ring, do you think her ex will try to get the half a million dollar rock back? Let us know what you think in the comments below!