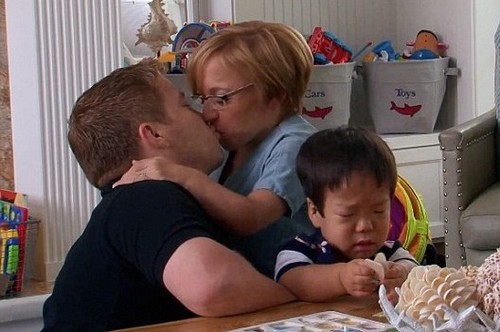 Jen Arnold and Bill Klein, stars of The Little Couple, are opening up about their decision to fly over to India to adopt their second child, three year old daughter Zoey. Jen and Bill were extremely excited to be welcoming another child into their family, as any parent would be, however the stars of the reality show are opening up to People Magazine about their difficult time with Zoey.

Jen Arnold told the publication, “She blamed us for the change.” Three-year-old Zoey how spent most of her life living in an orphanage and so it had become the only thing she knew. When she moved away from the orphanage, of course she was going to feel like the change was a bad thing. Jen goes on to say, “She wanted nothing to do with us.”

Arnold then reveals just how difficult it got raising Zoey and feeling like she was not wanted as a mother figure. As you know, Jen Arnold recently battled stage 3 choriocarcinoma, which is a rare form of cancer that occurs in and attacks the uterus. She revealed to People a heart wrenching story during this time.

“I remember my oncologist coming to visit me, and Zoey just latched on to her leg as she left. She would rather go home with a stranger than be with us.” We cannot imagine how difficult it must have been for Jen Arnold and Bill Klein to feel such a separation from their new daughter, especially during such a difficult time for the family.

Things got better for the family though. According to Jen Arnold, during her treatment and as she battled cancer, she began to bond with Zoey. She goes on to tell People that the two have a great relationship now and have come a long way. It looks like Zoey just needed a little time to adjust to her new surroundings.

Arnold cites Zoey and her son Will, 5, as being the ones who helped her cope during her treatments. “I think concentrating on the kids kept me very distracted,” she said.

If Jen Arnold thought it was hurtful to feel distance from her daughter at three-years-old, we cannot imagine how she is going to act when Zoey enters her rebellious teenage years!