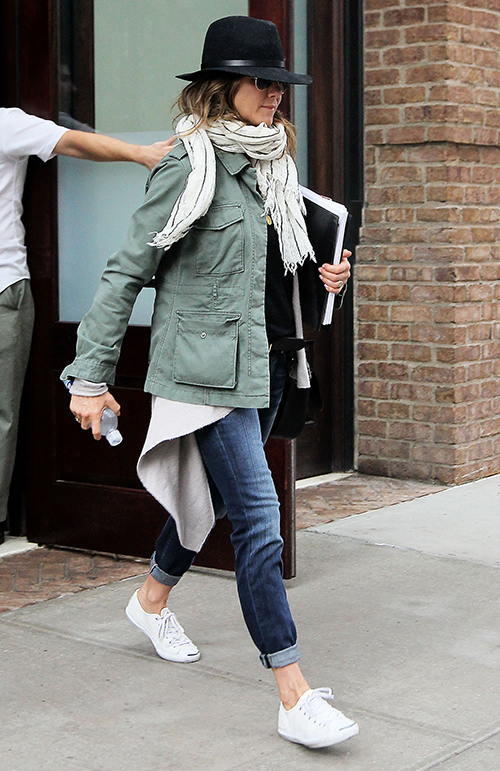 Jennifer Aniston and Justin Theroux apparently had “the talk.” You know, “the talk” about which celebrities they have huge crushes on and admire from afar. It’s not unusual for husbands and wives to have celebrity crushes – but it gets a bit awkward when they are also celebrities and the odds of them meeting their crushes are much greater.

Apparently, Jennifer Aniston’s celebrity crush is newly single “Mad Men” star Jon Hamm. It was all fun and game, and Justin Theroux wasn’t too concerned about his wife’s crush, until news broke that Jen and Jon were in talks to star in a movie together. An insider close to the couple dished to OK! Magazine, “Justin is a good sport and laughs it off, but deep down he is starting to get bent out of shape over it. He trusts Jen, but worries Jon is a total player.”

Of course, this is the second time that Justin Theroux has gotten bent out of shape over Jen’s crushes – earlier this month it was revealed that Jen was being a bit too friendly with Justin’s pal David Beckham. Either Jennifer Aniston is as boy crazy as a middle school girl or Justin Theroux is a bit insecure about their marriage.

What do you guys think? Is Justin over-reacting and being a bit too jealous? Or is Jennifer Aniston giving him good reasons to be upset and jealous of her “crushes?” Share your thoughts in the comments below!