Jennifer Garner Kicks Ben Affleck Out of the House 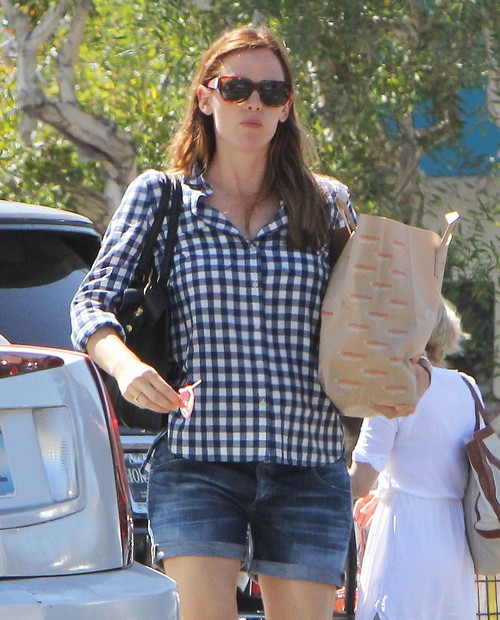 Now that Jennifer Garner is back in LA from her summer spent in Atlanta filming Miracles from Heaven, it looks like her patience with Ben Affleck has run its course. Although the super star split months ago and recently announced their divorce, they pretended like all was good for as long as they could. Part of their tabloid-avoiding subterfuge was to remain living on the same estate in Hollywood, although each under a different roof.

Ben Affleck was living in a guest house on their extensive property and the duo were planning on renting a nearby house together with their kids while their other property was renovated. But now that Ben Affleck has turned out to be even more of cheater and embarrassment than Jennifer Garner initially thought, she wants him out of her hair for good. Not only has Ben Affleck been allegedly texting non-stop with his ex Jennifer Lopez, but there’s the whole Nannygate incident with Christine Ouzounian.

And both of these are already on top of the reason for their split – that Ben told her her couldn’t take any more of Jennifer’s control ways. Jennifer is gutting the family home, which she will keep in the divorce and is rumored to be remaking her master suite wing into a bachelorette pad – likely with a separate entrance so she can whisk any potential lovers in and out without them running into her three kids.

And Jennifer Garner definitely doesn’t want Ben Affleck lurking around if she decides to bring home one of the men she’s been talking to post-split including her Miracles from Heaven co-star Martin Henderson and her ex-BF Michael Vartan. Jennifer did allow Ben to accompany her to Atlanta so he could watch their three kids while she was working, but once they got back to LA, it was officially splitsville. Jennifer reportedly booted Ben from the rental and is now there with just the kids and a less naughty nanny.

Insiders say Jennifer broke the news to Ben that even after the construction is done at their house, he won’t be invited back there to live and that it will be just she and the three kids settling into her newly redone digs. After Jennifer kicked Ben to the curb, he rented a place nearby so he can be close to their kids as they hear up for the first day of school. And what’s even more telling about the fate of the Ben Affleck – Jennifer Garner situation is that they are both now out and about without wedding rings.

Both Ben and Jennifer had continued to wear their rings for the sake of the kids and to appear that heir split is more amicable than it really is – but now all bets are off. After a summer of transition, Jennifer has drawn a line in the sand, moved Ben out and taken her ring off her finger. And she’s made sure that there are no hot nannies around! The one seen with Jennifer and the kids at the Farmer’s Market this weekend is a heavy set brunette. Looks like Jen is Ben-proofing her staff.

Single actress and busy mom Jennifer Garner stops by Gelson’s in Brentwood, California to shop for groceries on August 31, 2015. Jennifer, who recently called it quits with Ben Affleck, could be seen without her wedding ring during her outing. FameFlynet