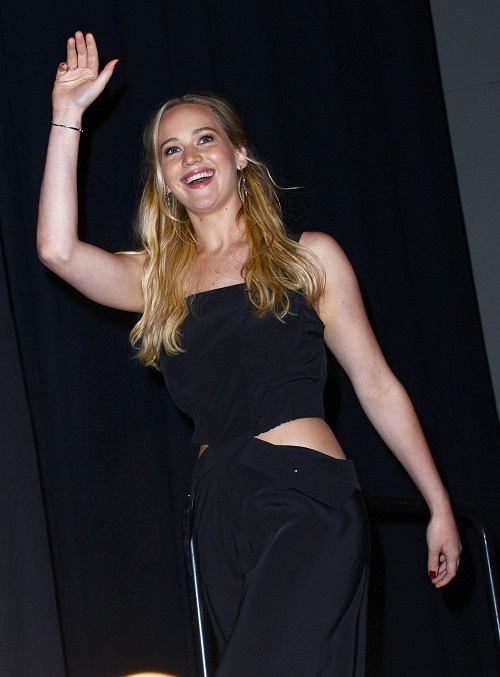 There is never a dull moment at Comic-Con! Jennifer Lawrence is reportedly planning to marry her current boyfriend, Chris Martin, so you can imagine everyone’s confusion during Comic-Con when she got into a public screaming match with her ex-boyfriend Nicholas Hoult. J-Law and Nick have been working together on the set of X-Men: Apocalypse, and they attended Comic-Con to promote the new film. Apparently, after work, Jen and Nick went out to dinner together for sushi – and all hell broke loose at the dinner table.

It’s no secret that Nicholas Hoult is determined to win back his ex-girlfriend, and Jennifer Lawrence has been politely declining his advances while they were working on X-Men. However, in San Diego during Comic-Con Jennifer, accepted an invitation to dinner with Hoult and he apparently said something to her that she took offense to.
An eye-witness at Nobu Restaurant dished to Star Magazine, “Jen was clearly upset with the topic of discussion. She threw her hands up in the air as she yelled at Nick who appeared agitated with her reaction. Next thing you know he starts screaming too, it was quite a heated discussion before she finally walked out on him, leaving him to pay the bill.” Jennifer reportedly headed over to an Entertainment Weekly party, and a few minutes later Nick arrived right behind her. The Hunger Games star gave her ex-boyfriend dirty looks all night, and refused to sit in a cabana anywhere near him.

Obviously, we will never know what exactly happened between Jen and Nicholas Hoult, but it’s safe to assume it had something to do with the fact that he has been hounding her to dump Chris Martin and get back together with him for months. Or maybe it was all just a genius PR move to generate some buzz for the new X-Men movie that they have been working on together? Do you think that Jennifer Lawrence could wind up leaving Chris Martin and getting back together with Nick? Let us know what you think in the comments below!