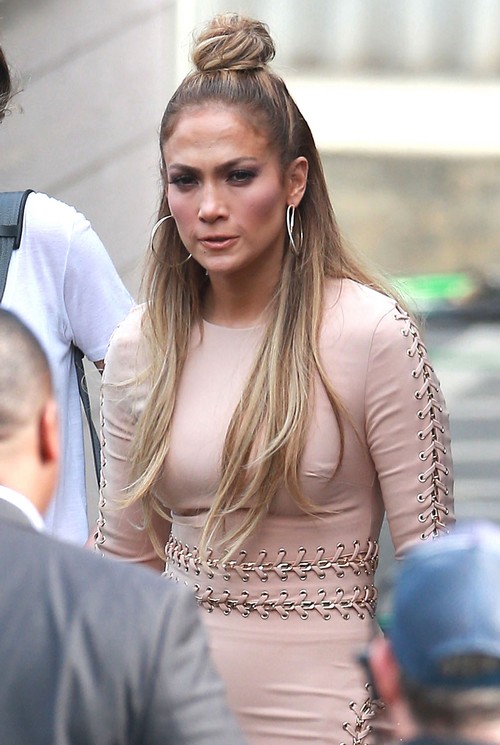 American Idol may be coming to an end, but superstar judge Jennifer Lopez is already planning her next gig. After teasing her fans with a post on Instagram captioned “Huge announcement tonight,” Jennifer Lopez announced her big news on the night of Tuesday, May 12., The singer has revealed that she is currently getting ready for her residence at the Planet Hollywood Resort and Casino in Las Vegas.

She posted the video announcement on Instagram and said, “So Excited! This is going to be the show I’ve always dreamed of creating. #JloVegas.”

The international superstar will begin her residency on January 20, 2016, and will be performing her biggest hits for an anticipated sold-out crowd. The singer will be balancing her time in Vegas, while judging the fifteenth and final season of American Idol, which will also start in January 2016.

Jennifer Lopez released a statement regarding her residency and said, “I’ve been preparing for this moment my entire life. This show is going to be a multifaceted high energy Jenny from the Block party, mixing all aspects of what my fans and I love; Dance, Hip Hop, Latin and Pop. It’s going to be the show I’ve always dreamt of creating.”

Tickets will go on sale to see Jennifer Lopez beginning on Saturday, May 16, and fans will be able to purchase tickets to see Lopez perform on select dates in January, February, May, and June of 2016.

Planet Hollywood could not be more excited to have Jennifer Lopez joining them. They said, “As a chart topping recording artist, world-class actress and best selling author, Jennifer Lopez is the perfect addition to the exciting lineup at The AXIS, further solidifying Planet Hollywood as the city’s destination for premier live entertainment. Jennifer’s show will be the perfect combination of a cutting-edge production spectacular and an extraordinarily fun night-out, all centered around a supremely talented international superstar.”

Jennifer Lopez will be joining other A-Listers who have performed in the famous city like Britney Spears, Mariah Carey, and Celine Dion.

We are not surprised to see Jennifer Lopez already having a job lined up after American Idol. She superstar likes to keep busy, and we knew it was only a matter of time before she announced her next gig.

What do you think of Jlo’s latest announcement? Is this the right decision for her, or should she have taken a break after American Idol? Let us know in the comments below.

Jennifer Lopez looking pissed off May 6, 2015 – did someone ask if Casper Smart was her son? FameFlynet