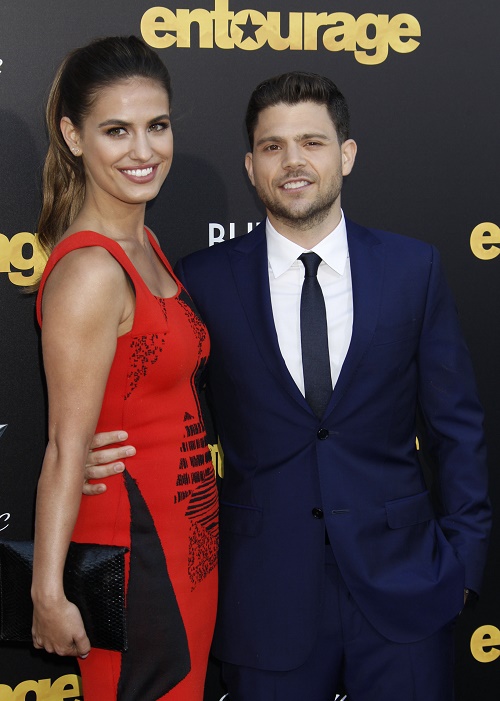 Entourage star Jerry Ferrara may play a pot-head in the new movie based on the popular TV show, but Ferrara insists that he is nothing like his character Turtle. He and longtime girlfriend Breanne Racano are actually very serious – and they are planning to get married and start a family!

Jerry Ferrara sat down with In Touch Magazine for an exclusive interview, and the actor who is well-known for his portrayal of Turtle on Entourage dished on his love life. Jerry and Breanne have actually been dating for over a year now and the happy couple just moved in together. Ferrara revealed that getting married and having children is definitely in the near future for him and Breanne.

In Touch Magazine’s Rick Egusquiza quizzed Jerry about his upcoming nuptials and asked, “Have you gotten domestic since Breanna moved in? Are you talking about marriage and kids?” Jerry revealed, “Everything you just mentioned, I foresee. I can’t say these things are discussed regularly, but they are thought about regularly.” Jerry even went as far as to discuss what kind of father he thought he would be when he and Breanne took the plunge and did have kids. The Entourage star went on to say, “I’m sure I will be a nervous one [Dad]. I was raised by a single mom and haven’t experienced a dad before. So the kid will be my top priority.”

Jerry Ferrara seems to be at an amazing place in his life with his new roommate and future wife Breanne. On top of that, the new Entourage movie is sure to be a huge hit. He is working on a podcast on the side, and he just lost a whopping 50 pounds! Is Jerry Ferrara one of your favorite Entourage actors? Are you as excited as we are about his upcoming wedding to Breanne? Let us know what you think in the comments below!