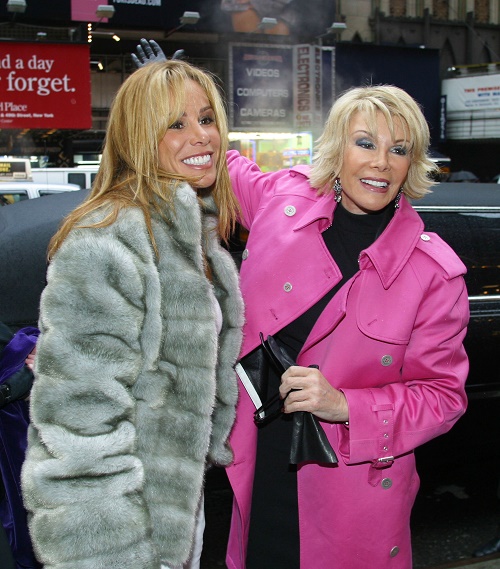 Dr. Lawrence Cohen, the surgeon who performed the throat procedure at the Yorkville Endoscopy Center that resulted in Joan Rivers’ death, told his colleagues in a 2012 report that he felt it was not always cost effective to have an anesthesiologist present during outpatient endoscopic procedures, like the one Joan Rivers had that resulted in her death. TMZ reports that Dr. Cohen wrote an article for fellow doctors, stating, “Although we can all agree that [monitored anesthesia care] is a highly effective and safe method of sedation, the question is whether it is worth the extra cost to our health care system.” He then added his response to that very question with, “The answer is clearly no.” I have a feeling there are lots of people who would disagree with his theory, most especially the family of the now deceased Joan Rivers.

Dr. Cohen tries to validate his claims by adding, “the average cost for an anesthesiologist is $400 per procedure, but the risk of death is 1 out of 100,000.” He adds that the cost “far exceeds … an acceptable level of cost-effectiveness.” Really?! A life is not worth $400 to him? I have to wonder if Dr. Cohen believes this fine little calculation he has come up with, putting a few dollars over lives, would be sufficient for any family members of his who are having a procedure done. Would Dr. Cohen choose to save $400.00 at the risk of possible death when it comes to his own family? Somehow I doubt it. It is easy to say that $400.00 per procedure is too costly when trying to save money and only considering the lives of others who mean nothing to him.

Dr. Lawrence Cohen, however, is not necessarily an ethical doctor that you’d want performing your surgery in the first place. Dr. Cohen allowed a star-struck doctor present during the surgery to snap a selfie, allowed a biopsy to be performed on the star during surgery — something that is never done on the premises — and is reported to have been blamed for being inattentive for not noticing Joan’s vital signs plummeting. He is also the doctor who almost immediately high-tailed it out of the Yorkville Endoscopy Center after the comedienne’s untimely death when he parted ways with the now infamous clinic mere days after the tragedy.

CDLers…what do you think of Dr. Cohen’s report and comments?