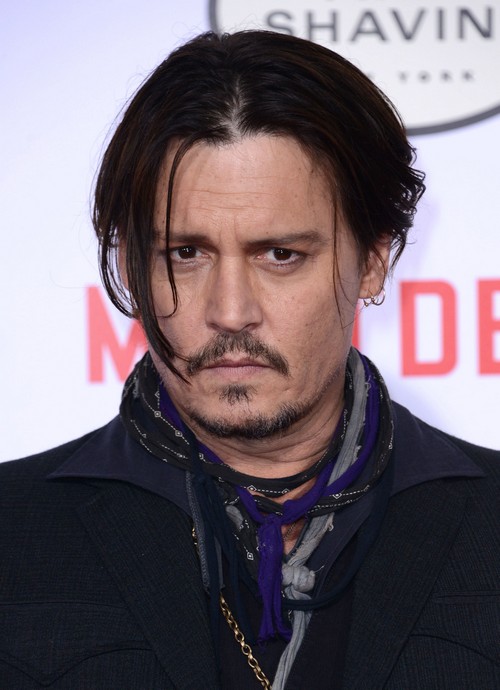 Johnny Depp and Amber Heard made their official appearance at the Mortdecai LA premiere earlier this week, and there was one notable exception to their usual bored faces and bored body language: Johnny was wearing what looked like a wedding ring.

It was definitely an extra ring, it was new, and nobody had seen it before. Of course, that means that people immediately jumped to conclusions about whether Johnny Depp and Amber Heard got married in secret, which wouldn’t surprise me at all.

Plus, that ‘wedding’ ring replaced the engagement ring that Johnny had been wearing all these months, further supporting the rumors that Johnny and Amber got married in secret. They might have gotten sick of the media speculation stating that they wouldn’t get married, or perhaps Johnny’s privacy streak finally kicked in. Either way, Johnny Depp and Amber Heard might have eloped and gotten back just in time for Mortdecai promotional duties.

So far, reps for neither Johnny nor Amber have commented to any publication, and our sources have differing stories. Some claim that the ring is just Johnny’s way of being kooky, as his been his MO throughout his entire mid-life crisis. Others claim that Johnny and Amber did get away and get married in secret, largely because they didn’t want the press intrusion that such a wedding would cause in LA or even in the US.