Jon Hamm Heartbroken Over Jennifer Westfeldt Breakup – Plans Flight To NYC To Win Back Her Love? 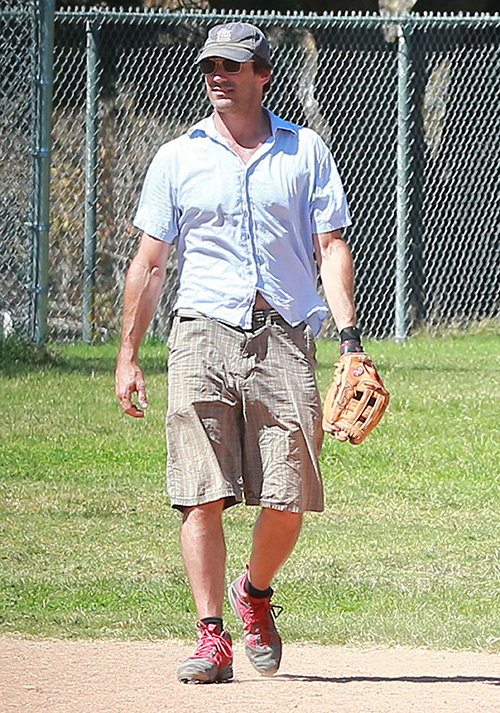 Jon Hamm sent a message to his former girlfriend, Jennifer Westfeldt, during his Emmy acceptance speech. The Mad Men star still loves his ex, and Hamm is desperate to win her back. Jon and Jennifer split in early September, ending their 18-year relationship. Rumors swirled regarding the reason for Hamm and Westfeldt’s break up – everything from Jon’s alcohol problem to a rift over kids was blamed.

A source told Us that Jennifer didn’t want kids, which is true. Westfeldt told the New York Times in 2012, “I never thought I’d be this age and not have kids. But my life has also gone in a million ways I never anticipated. I kept feeling like I’d wake up with absolute clarity, and I haven’t. And we have a pretty great life together… No one’s had to give up an opportunity they really wanted.”

Hamm’s ex also restated her stance during another interview with the Guardian saying, “In reality our lives — Jon’s and mine — are so unconventional in every way, it’s very difficult. I think kids should have something grounded.” Hamm, on the other hand, allegedly wants kids.

Whatever the reason for their split, Jon Hamm and Jennifer Westfeldt are still on good terms. Jon even mentioned Jen during his 2015 Emmy Award acceptance speech, thanking her and admitting he “wouldn’t be standing there without them.” According to sources, that Emmy win mention was a message that Hamm wants to give their relationship another try claiming, “Jon used the speech to get the message across to the world that he still loves Jen.”

After their split, Westfeldt moved to New York, far from the reminder of Hamm in Los Angeles. However, distance won’t deter Jon. The source added, “It wouldn’t surprise anyone if Jon flies to be with her in the next few weeks. He’s trying to give her space, but his heartbreak is getting worse each day she’s not around.”

What do you think? Is the Mad Men star really desperate to win his ex back? Will Jon Hamm and Jennifer Westfeldt reunite? Let us know your thoughts in the comments below.