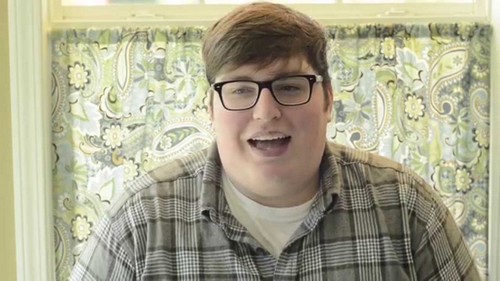 Jordan Smith is The Voice’s history-making contestant. Smith has even managed to beat Adele on iTunes, overthrowing the ‘Hello’ singer from the number 1 spot, which has the judges wondering –is Jordan Smith better off losing the final round?

Jordan Smith’s performance of ‘Somebody to Love’ flooded social media last week, but part 1 of The Voice 2015 finale last night saw Smith holding 4 spots in the iTunes Top 10. Jordan even managed to dethrone Adele from the iTunes number 1 spot with his rendition of ‘Mary Did You Know.’ It took 30 minutes for Smith’s final song of the night to hit the top position.

Tonight, fans will find out who the season 9 winner of The Voice will be, but a brewing question is whether or not Joran Smith is better off losing the finale…

During the judges’ critiques and comments Pharrell Williams danced around the subject of Jordan Smith winning The Voice and how that will impact his career after the show. The Voice winners get a deal with Republic Records, but the label is becoming notorious for failing to promote and solidify a career for The Voice contestants.

“My greatest hope for you is that [your] dream is realized, but in the proper way, Pharrell candidly stated before hinting at label issues. “Maybe go to a label that really understands everything that you need and everything that these [fans] have come to fall in love with. You know, not becoming something else, not chart-chasing. Just being Jordan Smith.”

It’s a strong, and unfortunately likely possibility, Republic Records won’t know what to do with the former choirboy despite his track record of dominating iTunes. In addition to Pharrell essentially calling out the record label, Adam Levine also hinted at the same concerns in late October.

While discussing the fact that The Voice has failed to create an actual music career for any of its winning contestants, Levine had a moment of honesty. Adam explained to Howard Stern on his radio show, “I’ll be relatively cryptic about what I think the big problem is.

When the baton is passed post-‘Voice,’ there’s some problems. People take over after we do this great job of building these people up on the show. There’s some real issues there.”

Basically, Adam Levine confessed that the winners are given little to no support after they leave the show. “The rollout of all that is still such a mess,” Levine revealed. “And by the way, just to clarify, this has nothing to do with what happens on NBC or with the people.

What do you think? Will Jordan Smith, The Voice’s history-making contestant who beat Adele on iTunes, be better off losing the finale? If Jordan loses The Voice, he has the freedom to be picked up by another label who will know how to handle his career post-reality TV show.

If Smith wins, will he fall into the same treatment former winners of The Voice have gotten? Let us know your thoughts in the comment section below and keep your eyes on CDL for more info and news from The Voice. To hear all of this seasons The Voice performances check out The Voice Videos!