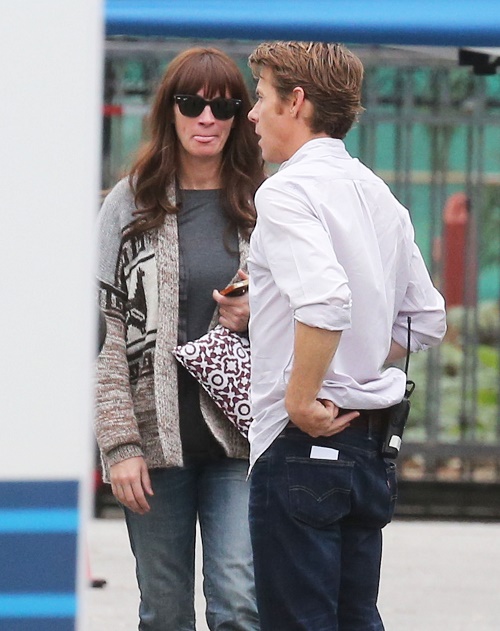 Star’s source explains that despite their best effort, their marriage has been ‘falling apart’ and Julia and Danny are fighting all the time. Star’s source adds, “They’ve been desperately trying to make it work, but Danny’s reached a breaking point, and he’s done.”

Basically, the summary of the story is that Julia Roberts is controlling, and Danny Moder is sick of it. But Danny Moder would have known that going into the marriage, and there’s not much he can do at this point. You think he’s willing to divorce Julia Roberts after everything they’ve been through? No, scratch that. Do you think Julia would LET him file for divorce after everything they’ve been through? They also have kids together, in addition to everything else, custody issues would be a nightmare if they went through with the divorce.

At the same time, Julia Roberts and Danny Moder did have a very rocky start to their marriage, and they’ve already lasted a hundred years on Hollywood’s terms. If they’ve made it this far, either they’ll continue in the same vein or they will end up getting a divorce. I mean, Susan Sarandon and Tim Robbins ended up getting a divorce after twenty years of marriage, didn’t they?

What do you guys think? Will Julia Roberts and Danny Moder end up getting a divorce, or will they stay married? Or will the ‘constant fighting’ drive them apart permanently, or do both of them have too much to lose to risk it? Let us know your thoughts in the comments below.