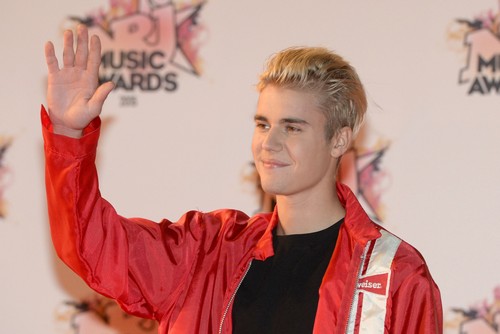 Justin Bieber is dating a mystery girl Sorry ‘Jelena’ fans, despite his recent confession that at least half of his album is about ex-girlfriend Selena Gomez – Justin Bieber seems to be totally over her, and moving on with Kylie Jenner’s doppelganger. On Monday November 16 Justin stepped out with his flavor of the week, and she could easily pass as Kylie Jenner’s twin!

Justin Bieber and his new mystery girlfriend were photographed leaving The Weeknd concert in New York – and then they went out for dinner at Cafeteria. The couple then proceeded to go out on the town and hit up some clubs together, 1OAK and Avenue – with Biebs’ entourage and a swarm of paparazzi in tow.

No one seems to have any idea who Justin’s mystery girlfriend is, but it can’t be a coincidence that he stepped out with her on his arm right after announcing that he was ready to settle down and wanted to have a family within 10 years. Could the Kylie Jenner double be the girl he plans on having a family with?

Of course, the fact that Justin’s new girlfriend bares an uncanny resemblance to Kylie Jenner has created quite a stir on social media. Justin and Kylie dating rumors have popped up on more than one occasion, and rumor has it that Biebs actually tried to woo

Kylie away from Tyga when she turned 18 years old and was finally legal. Maybe after getting shut down by Kylie he decided to date the next best thing?

Regardless, one thing is for sure – those pesky rumors about Justin Bieber and Selena Gomez getting back together seem to be less and less likely as days go by. Both Biebs and SelGo are serial dating half of Hollywood right now, and NOT each other.

What do you think of Justin’s new girlfriend? Who is she? Is it a coincidence that she looks like just like Kylie Jenner? Let us know what you think in the comments below!