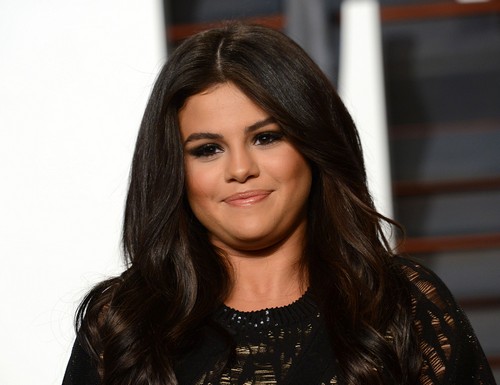 Selena Gomez and her new boyfriend Zedd’s song “I Want You To Know” hit the Internet this weekend, and the hot couple celebrated by attending the Oscars Vanity Fair after-party together in Los Angeles on February 22nd. Onlookers at Vanity Fair’s celebrity bash are reporting that Zedd and Selena Gomez were inseparable, and “couldn’t let go of each other.” Even when photos hit social media of Selena Gomez posing with other celebs, like Jennifer Aniston, Zedd could be spotted in the background less than five feet away from his girlfriend.

Selena Gomez and Zedd are on a roll right now, and their hot new coupleness has Justin Bieber seething. With all of the buzz they are receiving for their new song “I Want You To Know,” along with their Vanity Fair party appearance, and Selena’s interview with V Magazine announcing that she and Justin were never getting back together, Justin Bieber is fed up. And, according to insiders, the Biebs is about to pull a Ray J and release an “I Hit It First” inspired track.

Justin Bieber has been working on a Zedlena diss track for a few weeks now, and he has every intention of releasing it, complete with a hilarious music video – despite warnings from his team that it is not a good idea. A source close to Justin’s camp revealed to CDL exclusively, “It’s not a sappy love song or anything like that, it’s basically four minutes of making fun of Selena and Zedd. Justin takes everything that they do so personally – and he is fighting back. He already is planning the music video, and he has convinced Kylie and Kendall Jenner to star in it since he knows Selena despises them. They jumped at the opportunity to diss Selena Gomez.”

Justin’s diss song will most likely be an epic failure, but we can’t wait to watch it all unfold. We have no doubt in our minds that Justin is way too cocky to turn the other cheek on Selena and Zedd. Do you think Justin’s new diss song will totally bomb, or will it be a hit? How will Selena and Zedd respond? Let us know what you think in the comments below!