Justin Bieber Taking Back Selena Gomez: SelGo Only One Who Still Loves Biebs 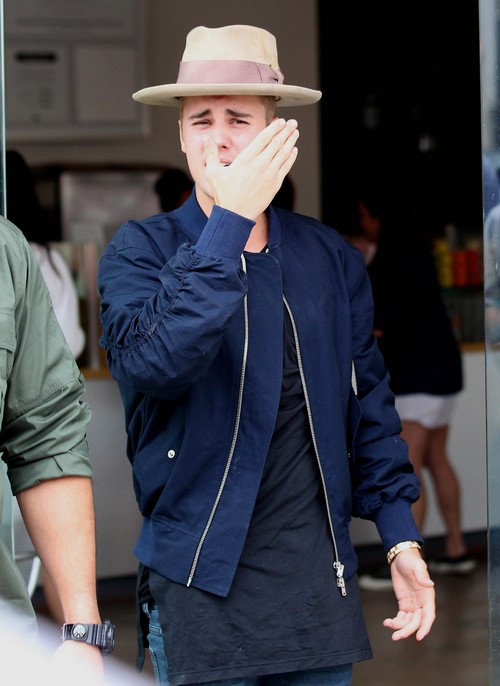 However, we have been reporting on Justin’s increasingly desperate attempts to fix his public image, exemplified by his tour of contrition. He went on Ellen DeGeneres, he allowed a Comedy Central roast, and he’s basically been trying to show everyone that he’s completely reformed. His latest attempt to fix his reputation? Using his ex-girlfriend, Selena Gomez.

Life & Style Magazine’s sources explain, “Four months ago, Justin sat down with his handlers and agreed to a campaign to fix his reputation.” Things were going well, but everything started unraveling after these past two weeks at Coachella. Justin went back to berserk diva behavior when his ‘date’ Kendall Jenner was denied entry into a carnival, and he was also reportedly put in a chokehold and thrown out of a party at the festival. So whatever goodwill he’s garnered, he just completely threw out of the window. Shocker.

So after that, he’s decided he needs Selena Gomez to do damage control. Life & Style’s source adds, “He’s going to use her again to try to repair the image he just faked for months.” And since Selena and Zedd allegedly ended things, I can see Selena getting sucked right back into Justin Bieber’s little hellhole of relationship drama.

What do you guys think? Is Justin Bieber trying to date Selena Gomez again to fix his disastrous public image? Would that even work? Will anything work at this point? Let us know your thoughts in the comments below.

Justin Bieber enjoys some sibling bonding time at Duff’s Cakemix with his sister Jazmyn on April 23, 2015 in Los Angeles, California. Justin, who recently chopped off his long locks, was accompanied by his gal pals Hailey Baldwin and Kendall Jenner. FameFlynet