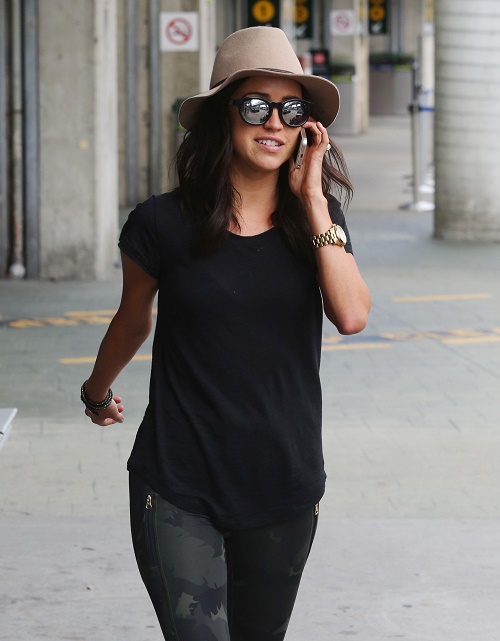 Season 11 Bachelorette Kaitlyn Bristowe has been dubbed the “most hated Bachelorette” of all time, and on the recent “Men Tell All” episode Kaitlyn even revealed that she has received death threats from disgruntled fans on social media who blast her for being a “whore,” among other things. Of course, Kaitlyn Bristowe’s reputation has been manifested in part by some creative editing from the Bachelorette producers. And Kaitlyn’s supporters blame Chris Harrison and his crew for slut-shaming Kaitlyn and making her appear far worse than she is.

According to a new report from OK! Magazine, it is actually Kaitlyn’s fault that the producers have portrayed her as a villainess. Normally, the producers carefully edit the filming to make The Bachelorette appear favorable to audiences, but Kaitlyn Bristowe has been a total diva and horror to work with – so they didn’t do her any favors.
An inside source dished to OK! Magazine, “Kaitlyn has made things difficult from day one. She demands the highest quality bed sheets, gets bent out of shape if her tailored clothes don’t fit properly, and consistently shows up late for filming. You would think that she is an Oscar-winning actress. She acts like everyone on set is beneath her and she doesn’t really associate with any of them.”

The Bachelorette insider goes on to explain that the reason the producers have made Kaitlyn Bristowe so unlikable on the reality TV show is because it is payback for how much of a diva she was to them. The source revealed, “they realized that her promiscuity wouldn’t sit well with viewers, and that is exactly why they amped up her sleepover with Nick Viall.”

So, the moral of the story here is don’t treat the people editing your reality TV show like crap, because it will come back to bite you in the end. Do you believe that Kaitlyn Bristowe was really a total diva? Did she deserve to be slut-shamed by The Bachelorette producers, or did they cross a line? Let us know what you think in the comments below!