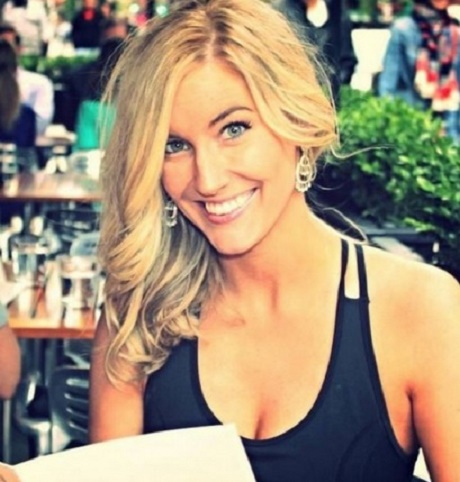 According to a report in the June 22 edition of Star Magazine, Nick Viall and Whitney Bischoff were spotted on a date at a bar in Chicago (both stars’ hometown) on May 30. In a grainy photo snapped by a nosey bar patron, you can see Whitney Bischoff pulling a baseball cap down over her face in a desperate attempt to not be noticed by any witnesses. A source dished to the magazine that Nick and Whitney were definitely on a date, and they were all over each other. The insider revealed, “They were leaning in to each other, chatting and laughing. Whitney’s high pitched laugh was hard to miss. She also made a point of lovingly stroking Nick’s knee while they talked.”

So what exactly does this all mean? If the rumors are true and Nick Viall is engaged to Kaitlyn Bristowe, then it looks like he is cheating on his Canadian bride-to-be. Or perhaps Nick and Kaitlyn are really over. But how long has Whitney Bischoff been dating Nick Viall? Was she seeing him before she and Chris Soules broke up? Could he be the reason that they ended their engagement and called off the wedding? Then again, Whitney and Nick have both had embarrassingly public break-ups, maybe they could have finally found love with each other.

What do you think of Whitney Bischoff and Nick Viall dating? How do you think Chris Soules will react? Are they both single, or was one of them cheating? Let us know what you think in the comments below!