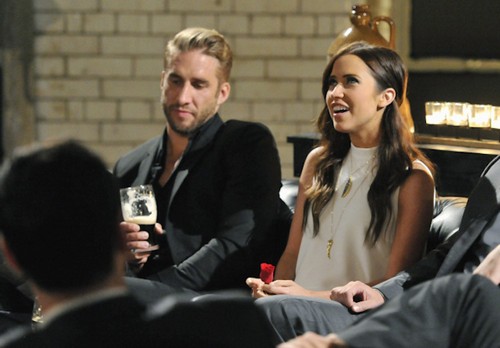 The Bachelorette Kaitlyn Bristowe’s parents Leslie and Michael both appeared on Season 11 of the reality TV dating show to meet Kaitlyn’s suitors Nick Viall and Shawn Booth – and her parents appeared cordial. But, unbeknownst to viewers at home, Kaitlyn grew up in the middle of a very dysfunctional marriage, and had a tough time coping with her parents’ messy divorce – when she was just 16 years old. Now, close pals of Kaitlyn’s fear that her relationship with her new fiancé Shawn Booth may never last, because of Kaitlyn’s own skewed view of a functional marriage.

That old adage about “becoming your parents,” usually reigns more true than we even realize. Does that mean that Kaitlyn Bristowe and Shawn Booth’s marriage is doomed form the start? According to this week’s edition of Star Magazine, “Leslie claimed that their marriage had been very dysfunctional for a long time. She added that the problems in her relationship to Michael caused her to become very unhealthy form an emotional and mental perspective.” Court documents from their 2010 divorce also revealed that Kaitlyn was forced to move in to a tiny apartment with her mother after her and her father split up. Although, Kaitlyn’s father Michael of curse has a different version of the events.

Children that grow up in dysfunctional families and endure messy divorces often tends to live similar lives once they are adults. The odds of Kaitlyn Bristowe and Shawn Booth actually getting married and saying their “I Do’s” are slim to none – if by some miraculous chance there is a wedding, then the odds of them living happily ever after and not getting divorced are even slimmer.

Do you guys think that Kaitlyn Bristowe and Shawn Booth will actually get married? Did growing up in a dysfunctional home skew Kaitlyn’s idea of a healthy relationship? Let us know what you think in the comments below!