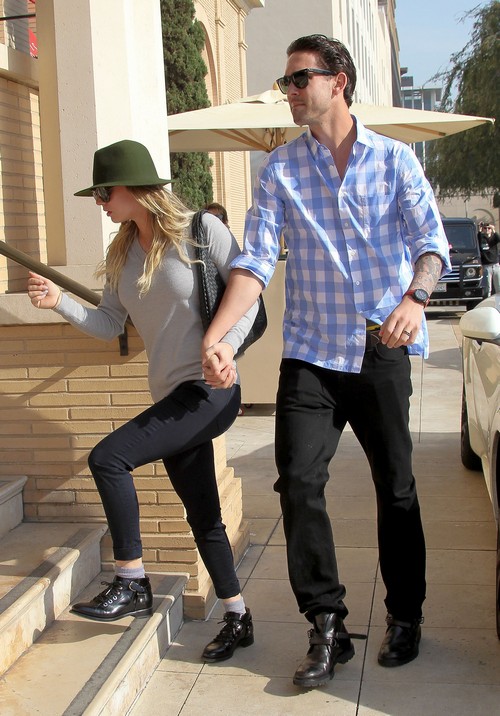 Kaley Cuoco has been insistent that she and Ryan Sweeting are happily married, and that all those divorce rumors are just that – rumors. However, a new report from OK! Magazine claims that Kaley is actually going out of her way to cover up all the fighting and drama going on between her and Ryan.

OK! source explains that Kaley’s recent Instagram post denying all the tabloid rumors was just a way to save face with the public, explaining, “It was just a desperate attempt by Kaley to save face and divert attention from the tension in their relationship. Kaley’s paranoid about the public learning the true state of her marriage. Plus, she’s afraid of hearing ‘I told you so’ from family and friends who warned her that she was rushing into marriage.”

Well, she did marry Ryan Sweeting literally months after meeting him, which is a quick turnaround on anyone’s part. And in addition to that, most people assumed that Ryan was just a rebound from Henry Cavill, which is another relationship that lasted all of a few weeks. But at the end of the day, where there’s smoke, there’s fire – no?

With Kaley Cuoco and Ryan Sweeting, there’s been enough smoke circling around their marriage – and for a long time now. The divorce rumors started soon after they got married, and every single tabloid jumped on that bandwagon. Plus, we’d also been hearing stories about Kaley and Ryan fighting constantly, and there seemed to be fairly legitimate reasons explaining their arguments.

But alas, if Kaley Cuoco cares so much about her public image that she’s actively trying to deny the divorce rumors, then she’s the one who’s going to suffer more at the end. Don’t you think so?