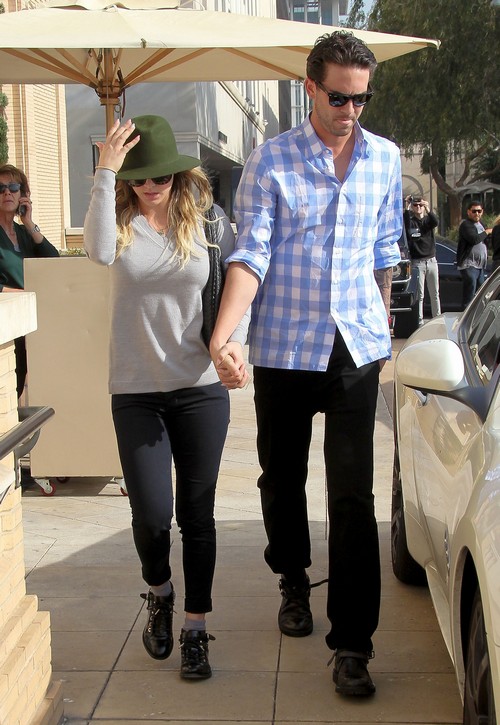 Kaley Cuoco and Ryan Sweeting have been married for less than a year, but taking into account their rushed relationship narrative, is it any big surprise that divorce rumors are already starting to build momentum?

A new report from Star Magazine claims that Kaley Cuoco only married Ryan Sweeting [who was her rebound from Henry Cavill] because a psychic insisted on it. Of course she did. We already know Kaley believes in psychics and weird voodoo magic nonsense, as do many, many other Hollywood starlets [too many, actually]. Plus, the mere fact that Kaley got married to Ryan SO quickly never made sense to me. Once minute, she was holding hands on PR-sanctioned dates with Henry Cavill, and the next minute, she’s met Ryan Sweeting and married him. The entire courtship – from meeting, to publicist confirmation, to marriage – felt like it took several weeks, not several months or years. Wasn’t Kaley worried that Ryan was a gold digger? Wasn’t she worried that she would stop having feelings for him after the ‘rebound’ phase was over? Wasn’t she worried that their future wasn’t sustainable?

Apparently, she wasn’t worried enough because they ended up getting married anyway. And now, sources close to the couple claim that the two are constantly fighting – if not about money, then Kaley’s diva behavior, or Kaley’s fame, or Kaley’s position in the world in contrast to Ryan’s jobless, golddigging ways.

Folks, this should be a PSA ad – this is what happens when you marry your rebound that you’ve known for less than few months, and that you met WEEKS after breaking up with your ex-boyfriend. Even if it somehow works out, you will spend the rest of your marriage fighting gossip and rumors that both of you are getting a divorce.