Karina Smirnoff’s Engagement To Jason Adelman Ends Tragically: Both Attack Each Other In Fiery Breakup Statements 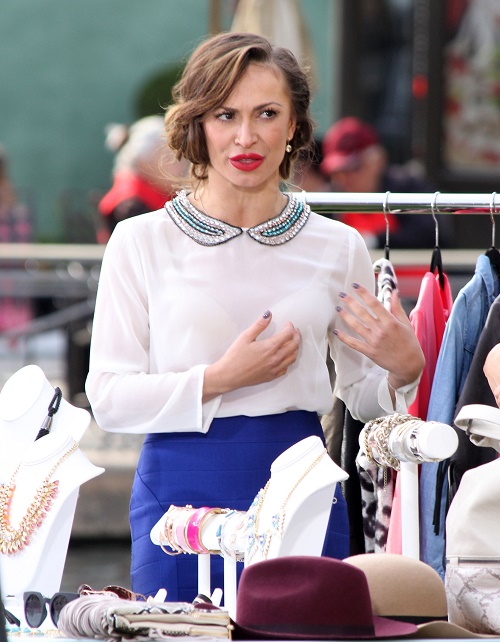 Dancing with the Stars pro Karina Smirnoff has reportedly ended her engagement to Jason Adelman. However, it was Adelman who called off the engagement, citing ‘different family values’ and his discomfort with Karina’s behavior towards male dancers.

Obviously, a rep for Karina Smirnoff has already jumped to her defense, stating, “Jason Adelman’s disrespectful and insulting to the entire dance community, and it’s nothing less than an attempted smear campaign from a malicious person.”

Keep in mind, this is Karina Smirnoff’s third failed engagement, so did Jason have a valid point when he called off the engagement? He reportedly popped the question in January, after he and Karina had been dating for a year [albeit in an on-again/off-again pattern]. However, things were clearly not copacetic in Jason-and-Karina land, since they couldn’t even last a few months into their engagement.

Karina has been previously engaged to Maksim Chmerkovskiy and baseball player Brad Penny, but neither of those engagements lasted long either. I don’t know whether to commend her and her chosen partners on realizing that they wouldn’t work and ending their relationship before marriage, or getting engaged in the first place. Obviously, three failed engagements isn’t anything to scoff at, and one has to wonder if Jason has a point when he mentions Karina’s behavior with male dancers. We know she’s not averse to starting workplace romances [cough, Maksim Chmerkovskiy], so who’s to say that her behavior on set isn’t the problem?