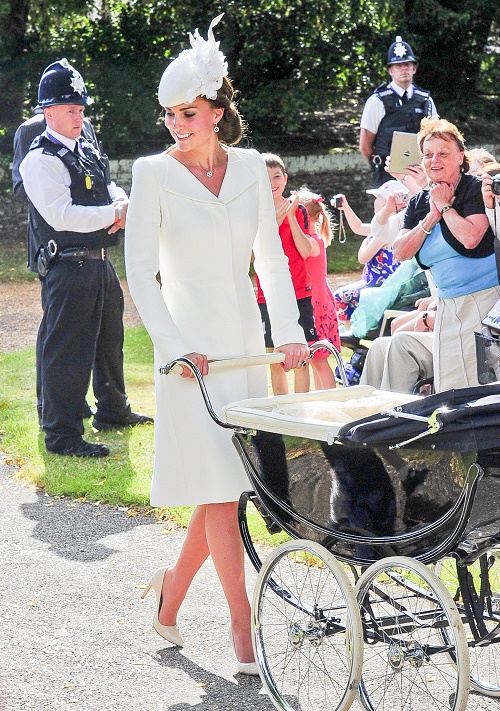 Is Kate Middleton Britain’s own version of Kim Kardashian? According to Prince Charles’ wretched second wife Camilla Parker-Bowles, yes! The ongoing feud between Kate Middleton and Camilla reportedly reached a whole new level – and the two Duchesses had an explosive fight over Kate’s royal babies, Prince George and Princess Charlotte. It reportedly all began when Camilla called Kate’s kids “spoiled brats,” and it ended with Prince Charles’ wife accusing Kate Middleton of being just like the Kardashians!

Kate Middleton’s commoner approach to parenting, and less than royal behavior, has raised a few eyebrows over the years, and seriously gotten under Camilla Parker-Bowles’ skin. Recently, Kate and Prince William banned Camilla from seeing Prince George and Princess Charlotte because of her latest cheating scandal and rumored blackmailing of William’s father Prince Charles. Camilla apparently didn’t take too kindly to the banning – and announced that Prince George and Princess Charlotte were nothing but “spoiled brats” anyways.

The July 13 edition of GLOBE Magazine reveals that Kate confronted Camilla, and the Duchess of Cornwall accused her of being a Kardashian! GLOBE’s source revealed, “Of course Camilla Parker-Bowles refused to back down, and she snapped back at Kate, “Don’t blame me! You’re making the Royal Family a laughingstock. You arrange so many photo opportunities with George, you should be doing your own reality TV show. You could become like those awful Kardashians and do a show called Keeping Up With The Waleses.”

Camilla Parker-Bowles doesn’t have too many supporters, but ironically a good majority of the British population agrees with her statements about Kate Middleton and the Kardashians. Apparently, Kate’s commoner behavior and over-sharing with the people is seriously frowned upon in England. Would you go as far as to compare Kate Middleton to Kim Kardashian? Or do you think that Camilla’s comments are absurd? Share your thoughts in the comments below!