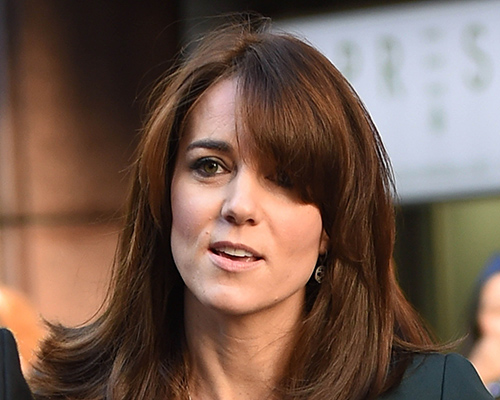 Kate Middleton is demanding a New Year’s holiday? The Duchess of Cambridge has been working non-stop since her maternity leave return. Has the mum-of-two earned a long holiday break?

Both Prince William and Princess Kate have kept busy schedules individually and jointly – the Duke and Duchess of Cambridge’s calendar of Royal engagements is posted on the British Monarchy’s website for all to monitor. It doesn’t take much to see that Kate and Wills have Royal engagement scheduled almost daily.

The Cambridge’s have been to Scotland and Wales, attended a State dinner for Chinese President Xi Jinping, and dazzled at the Diplomatic Reception. In addition to the important galas honoring word leaders and dignitaries, the Cambridge’s schedules have been packed with many appearances at events for charities close to the Duke and Duchess of Cambridge’s hearts.

Have big ears at Kensington Palace overheard Kate complaining about the heavy workload to Prince William? The Duchess of Cambridge has allegedly been battling with both Carole Middleton and Queen Elizabeth over Christmas plans. Did family pressure coupled with a strenuous workload cause Princess Kate breakdown in tears and beg Prince William to take her away for a tropical New Year’s vacation?

Princess Kate’s year has been exhausting, don’t you think? Prior to Princess Charlotte’s birth the Duchess kept a full schedule. After the fourth-in-line’s birth Kate enjoyed a five month maternity leave for a bit of rest and relaxation. But Queen Elizabeth put an end to the maternity leave in September, packing Kate Middleton’s schedule with almost daily engagements.

Will Queen Elizabeth give her consent for the Cambridge’s to enjoy a long holiday for New Year’s instead of the usual mid-February vacation? Has Duchess Kate earned a few weeks without any Royal responsibilities?

Let us know what you think in the comments section below and come back to CDL for the latest Royal news and gossip.