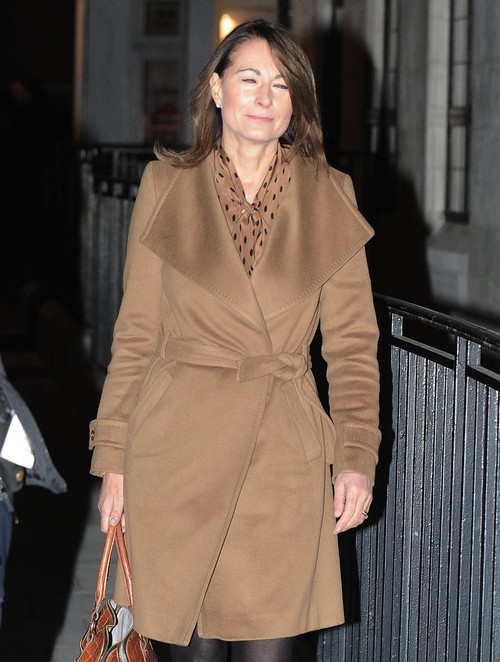 Kate Middleton and Prince William’s second child is due in just a few weeks, and the royal couple is asking for housekeeping help. The Duke and Duchess are busy with an exhausting schedule, royal scandals, along with repeated issues with Queen Elizabeth and her spies sharing all Middleton’s secrets. And, if rumors are true, all the stress and royal power-plays are causing Kate and William to fight constantly.

As we here at CDL reported, the Duchess’s mother, Carole Middleton, is refusing to leave Kensington Palace. She fears she and the rest of Kate’s family will be shut out of the future Prince or Princess’s birth. Prince William is fed up with Carole and wants to kick his mother-in-law out of the palace.

It won’t be easy to get rid of the Middleton family. Elle reported Kate’s parents, Michael and Carole Middleton, have been planning on moving in with Prince William and Kate Middleton at their Norfolk home, Anmer Hall estate. The report also mentioned that several staff members quit last month, giving the meddling Middleton in-laws an excuse to stay with their pregnant daughter, Kate, as the royal baby due date draws near.

However, People magazine discovered an ad the royals placed in an upmarket magazine called ‘The Lady’. The job description requests a housekeeper “for a large family home in Norfolk” to take care of a “family environment with dogs.” The ad also demands “discretion and loyalty” noting the qualities are “paramount” and “essential” to the job.

In addition, to the housekeeping duties, the royal couple need someone capable of being a nanny. The further requests the candidate be able to “prepare of meals, assist with childcare, and care for dogs.” Not only will the housekeeper maintain the ten-bedroom home, they will get to be a royal nanny, too!

It makes you wonder if the Duchess knows about the ad. Has Prince William gone behind Kate Middleton’s back to hire a housekeeper and get rid of Michael and Carole Middleton? Why would the couple need a housekeeper if William’s in-laws, Kate’s parents, are moving in to help with the new royal baby?

An exact due date for the Duke and Duchess of Cambridge’s baby has not been released, but Kensington Palace did confirm Kate Middleton is due in April. Currently, it’s mid-March, so this ad seems like a last-minute scramble to find help before Prince George’s baby sister or brother is born. Kate has also been busy or away on a string of public appearances.

What do you think CDL fans? Is Prince William trying to get Michael and Carole Middleton out of the way before Kate Middleton gives birth their daughter or son?