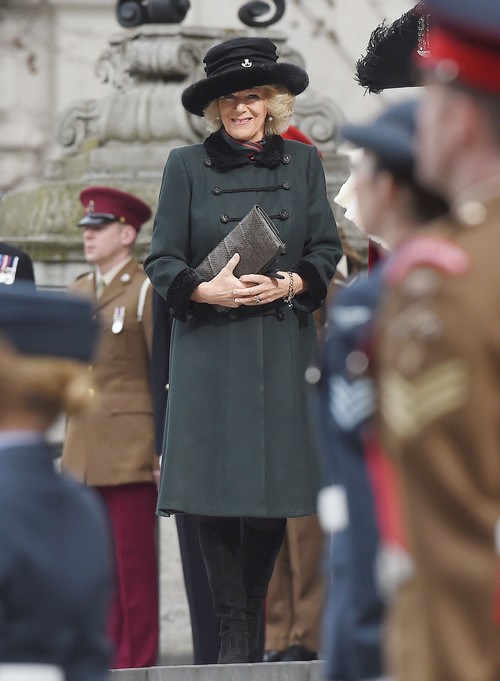 It turns out the royals are just like us. Well, not exactly, but it seems even Prince William and Kate Middleton have to deal with family drama. According to Elle, Kate’s parents, Michael and Carole Middleton, are moving in with Prince William and Kate at their Norfolk Anmer Hall estate. The Duchess of Cambridge is thrilled to have her mum and dad around as she prepares for royal baby number two and Prince William is supposedly on board as well. Prince Charles, on the other hand, is royally miffed. According to recent reports, Prince Charles was already steaming about the lack of time he received with his grandson, Prince George. Now Prince Charles and his lovely wife Camilla Parker-Bowles probably feels like he’ll be even more out of the loop.

The Middletons are set to move in because several staff members quit last month. Good help must be hard to find these days. Carole will reportedly organize housekeeping duties at Anmer Hall while Michael takes care of a pesky mole problem in the garden. Since Prince Charles is an avid gardener, that’s yet another low blow. The whole situation sounds comically commonplace when you consider the wealth and power of the royal family, but it appears the royals aren’t immune to the problem of difficult in-laws. Prince Charles and Camilla Parker-Bowles will just have to grin and bear it. That is the royal way after all.

If Prince Charles really is bothered by Prince William and Kate Middleton’s new housemates, he won’t have to worry about it for very long. Carole and Michael Middleton are reportedly only staying at the estate until Kate’s baby is born. However, Kate will likely appreciate the support. Recent rumors say Queen Elizabeth has been pushing Kate to make public appearances despite the fact that she’s less than a month away from her due date. Perhaps Kate will enjoy spending a bit of downtime with her mother and father. Kate might as well sit back, relax and let Prince Charles fume. Since a royal biographer told Us Weekly that Prince William and Kate Middleton “saved the royal family,” it seems the happy couple may be entitled to a little R&R.

What do you think about the news that Kate Middleton’s parents, Michael and Carole Middleton, are moving in with Prince William and Kate? Do you think Prince Charles is jealous of the Middletons’ time with Will, Kate and Prince George? What about the royal biographer’s claim that Prince William and Kate Middleton “saved the royal family”? Do Will and Kate provide a much needed distraction from the typical scandals of royals like Prince Andrew? Let us know what you think in the comments below and don’t forget to check CDL often for the latest updates on Kate Middleton and the rest of the royals.