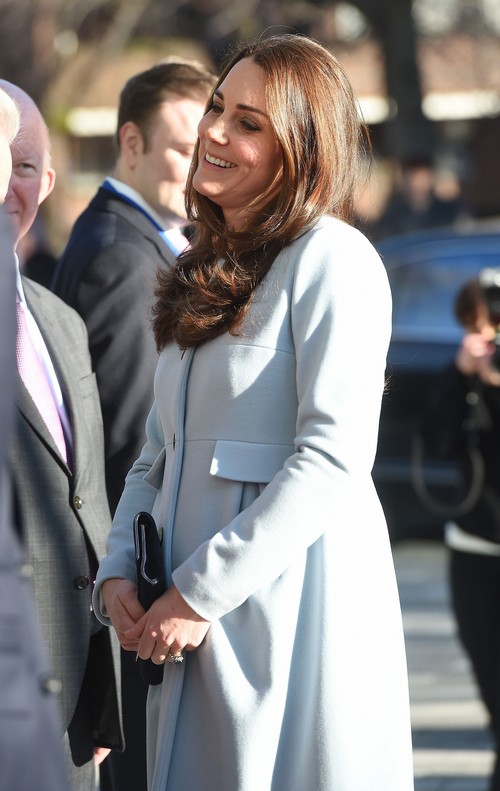 While Kate Middleton may not seem the jealous type, nor does it seem she would be devastated if an outfit didn’t get her bragging rights for a “who wore it best” segment, but she likely isn’t too thrilled that an actress just popped up and stole her title as Queen of Fashion, and bumped The Duchess of Cambridge to second place in the world of pregnancy fashion.

It must have been a cold day in Britain when Princess Kate Middleton found that she took second place to actress Keira Knightley in a recent poll where 600 women in the U.K. were asked who they believed to be the most stylish pregnant woman in the nation and they chose Keira Knightly over Princess Kate by six percent. And while The Duchess is a fashion icon both during pregnancy and when not with-child, it seems the women surveyed were excited about Keira’s fresh, chic pregnancy style…enough so to bump, Princess Kate, who often has women clamoring for anything she wears, down to second place.

The ladies, whose pregnancies are about one month apart (Kate is due in April, and Keira in May), have both been quite busy with “their duties.” While Kate Middleton is back to attending public engagements on behalf of The Royal Family, Keira is busy mingling with the celebrity crowd during award season. The fact that Keira Knightly pushed out a member of The Royal Family to take first place may come as a surprise to many.

Kate takes great pride in the outfits she selects as she knows women consider her a fashion icon. The news likely didn’t sit too well with Kate as she very much enjoyed being a style trendsetter. Keira, married to James Righton, has the opportunity to shine even more as award season approaches, and these are quite big shoes to fill.

Kate has been so down lately with everything going on with The Royal Family, her busy schedule, and the challenges she faced with acute morning sickness, that this is the last news she wanted to hear. Will the two try to outdo one another with each outing? Likely so as Kate is not ready to give up her title, and Keira is over-the-moon about even being in the running with Kate that she is likely to step it up a notch as well. What do you think CDLers? Kate Middleton or Keira Knightly? Best pregnancy style…tell us.